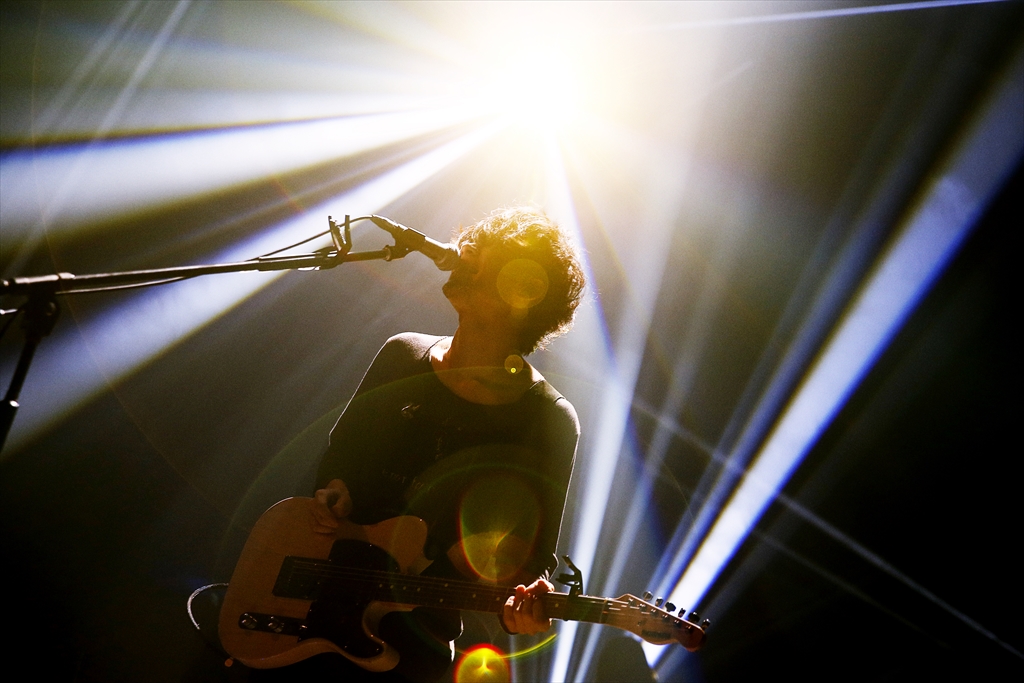 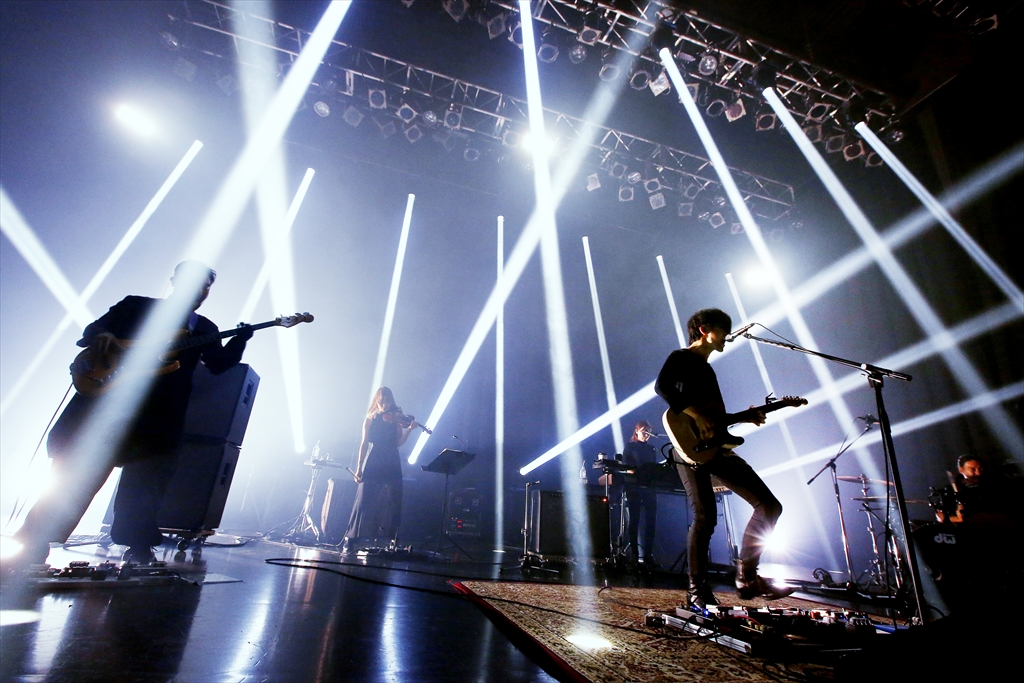 On November 1, TK from Ling tosite sigure brought its original live event “error for 0 vol.4” to STUDIO COAST in Shinkiba, Tokyo. As the 4th round 2 man live event which has become an annual event of the band, this time TK from Ling tosite sigure welcomed ACIDMAN to be the guest performer. The lives presented by this two bands captivated all the audience in both Tokyo and Osaka with their enthusiastic performances.

ACIDMAN first got on the stage and opened with a strong performance of “Millennium (ミレニアム)”, never missing a beat with supporters clapping their hands. After Nobuo Ohki greeted with “Let’s have a fantastic night”, his stylish “slowly rain”, featured by involving delay purposely into the guitar playing followed up. Few seconds later, Masatoshi Satoh utilized his high speed cutting rhythm song “to live ”to light up the whole venue.

“It has been 10 years since the last formal 2 man live event with TK. Recently I began to watch his solo performances, and I was amazed by his weird but really magnificent performance, with his own philosophy embedded.” said Ohki, “There may not be future tomorrow. Realize deeply that the present moment is all you have. Make this moment the primary focus of your life.” Then, A decorous ballade illustrated his words perfectly. The next one was an upper beat “Aru syoumei (ある証明)” by Ichigo Urayama. Following Ohki’s order “everybody make some noise!”, the hall echoed fans’ screams.

Went straightly to the song “MEMORIES”, Ohki made a joke “The next one is TK, Takeshi Kobayashi.” and conveyed his philosophy “Love is the most important element in our lives. In order to die with no regrets, let’s live lives true to ourselves.” to the fans again. And marked the ending of the first part of the battle by “Ai wo ryoute ni (愛を両手に)” which was produced by Takeshi Kobayashi.

When it turned to the second half, 4 support members showed up as a prelude. Besides bobo and Honoka Sato, who were quite familiar to the fans, this time bassist Yoshida Ichiro Untouchable World and keyboardist Hiroko Sebu were both newcomers. And then there came the TK, started his live with the middle-tempo “Signal”. Color by the strange magic of violin and piano, the band made everyone feel the passion flowing out with the melody.

Then, they speeded up the rhythm during the following “Crazy Tampern”, performing the thrilling ensemble with the beautiful lighting soaking every crevice. Yoshida grooved and shook his body aggressively, while Sebu played phrase certainly at the rear of the stage. They all became a part of the TK’s world this moment, but each was able to keep his own contention as a solo artist like TK.

TK changed to an acoustic guitar and exploited every part of it to realize a high-quality “haze”, which was another adoption of the construction of “flower”’s approach. Halfway through the song TK changed back to the electric guitar again, and the erupt of the accumulated emotion from the first half of the song stroke the whole space. The refrain of piano made “Shandy” more chaos, and drew all the audience into the song.

By creating a relaxing air, unlike Ohki who had given a warm-hearted message to the audience, TK incorporated all his thoughts into the music. After a seamless playing of “contrast”, the song featured by beautiful violin; “Addictive Dancer” with changeable rhythms; “unravel” played with harsh guitar, finally, TK released its new song “katharsis”. The last song highlighted itself with the dynamism and the perfect assemble of 5 members’ respective parts left an impress on everyone in the hall. TK ended his formal live with a simple “Thank you”.

Ling tosite sigure typically never responds to audience’s encore, but TK reappeared on the stage as audiences were encoring for more after the commencement of his solo performance. “I’m not Takeshi Kobayashi, but TK.” TK went back to the stage with a joke to reply Ohki’s MC, which was also a rare episode only occurred on solo. TK expressed how glad he was to be on the same stage with ACIDMAN, “I won’t stop struggling, and I will keep bringing my music to the world as long as I am alive.” said by TK. As an artist congenial, they exchanged their thought on stage, which was really a refreshing moment.

Once again all the band member came back on the stage, starting with only vocal and piano, while violin, bass just joining in one by one, it finally became the dramatic new song. Said TK “If it’s possible, please get fired up for the finale.” together with the intro of “fantastic magic” had the crowd in a rapturous state. The night ended up in an incredible moment. 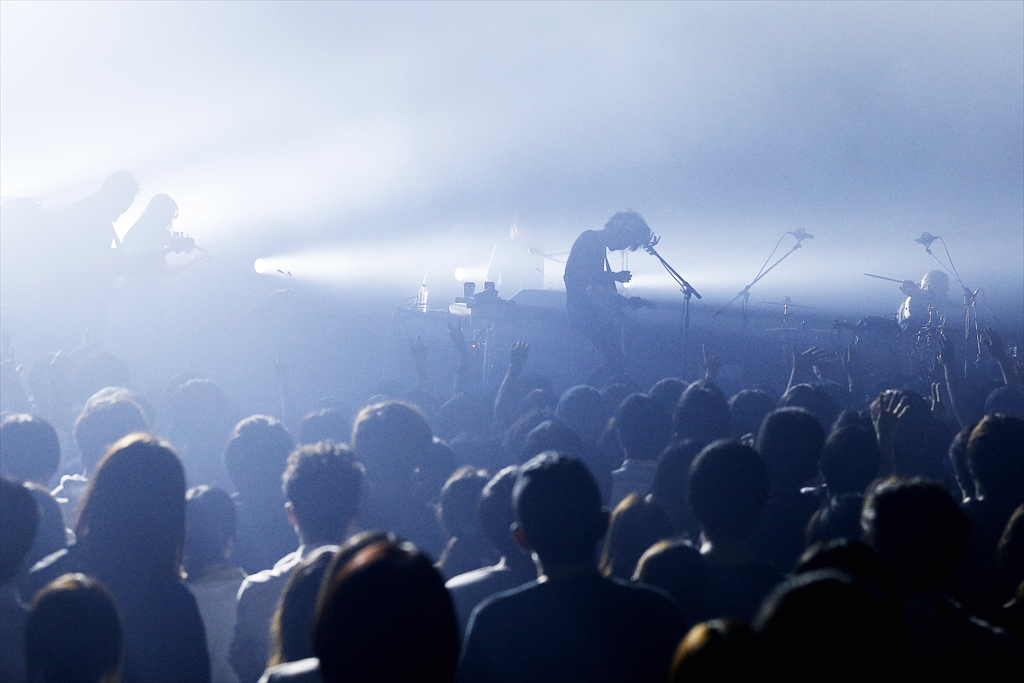