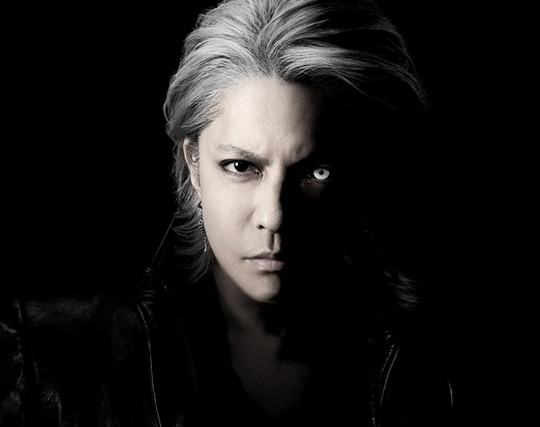 HYDE (L’Arc-en-Ciel / VAMPS) finally resumes his solo activities, with the release of his 8th single entitled “WHO’S GONNA SAVE US” on June 20, 2018. It will be his first solo single in 12 years, following “SEASON’S CALL,” released in 2006. The song is about how one must make their own way when confronting difficulties and struggles but without anyone extending a helping hand. The single also comes with the 2nd track “MIDNIGHT CELEBRATION II,” the re-arranged version “MIDNIGHT CELEBRATION” from the singer-songwriter’s 2nd album “666” (2003). He had always thought of rearranging the song, and finally had the chance to do so in this occasion.

“WHO’S GONNA SAVE US” also comes with its music video, which HYDE carefully approached in order to make it something that the viewers would keeping coming back to and watch many times. It’s a story with a surprise ending, paying homage to “The Shining” by the great Stanley Kubrick. The video features HYDE in Japan of the future and a bloodthirsty killer who chases him down, depicting the two-face nature of a person like Dr. Jekyll and Mr. Hyde.

Soon after the single release, HYDE will embark on the Japan tour HYDE LIVE 2018 from June 29, followed by a performance at ROCK IN JAPAN FESTIVAL 2018.

“WHO’S GONNA SAVE US” can be pre-saved MY MUSIC in Spotify account, and an original HYDE logo will be given when the pre-save is completed: