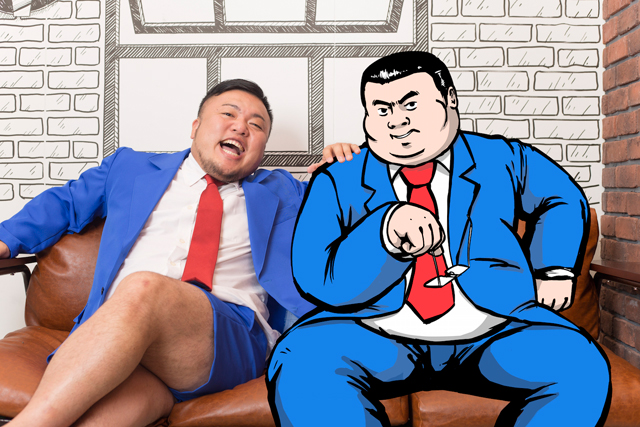 HIPPY used be a member of a band called “maegashira” but the band broke up at Club Quattro 3 day show titled “Bokura no Akarui Kaisan Keikaiu” in August 2011. Now as a solo artist, he crossed over to mc, acting for TV drama, movie and theater, and narrations. He also posts “Pipido” on his YouTube channel on Wednesdays collaborating with popular YouTubers and talents.
In April 2015, he made his major label debut with an RP titled “I’m HIPPY” showing off his popularity and the promotional solo show at Club Quattro Hiroshima, his home town, was a full house show and proved a success. “Change” was tied in “Harajuku Dragon” aired on TOKYO MX, also he stars in the program.From September 2015, “Pipido” collaborated with “MEGWIN” a popular YouTuber. “Hiroshima Train Game” produced by MEGWIN×HIPPY has been favored by subscriber. His mic performance and his big face along with the soulful voice and the strong character gives him unique presence. His shows are gaining followers for his entertaining attitude that never compromises when it comes to offering laughs and fun and astonishment. On December 9th , he released his first full album “HIPPU DO IT”.
Official Website: http://hippy-web.com
Blog: http://lineblog.me/hippy/