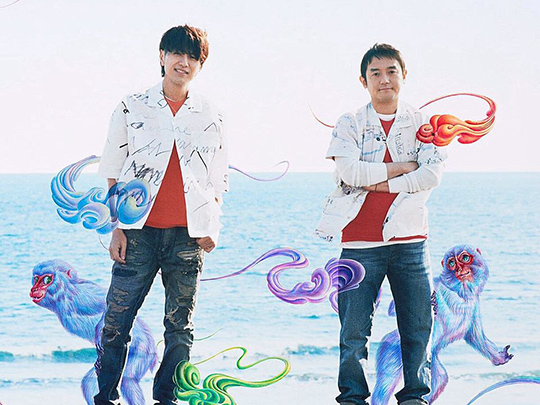 Yuzu Performed on the Street for 2,000 audience

Yuzu performed at 西門紅樓廣場 in Taiwan, drawing 2,000 fans on the 15th of July.

Currently, Yuzu is on an Asian Tour titled “YUZU ASIA TOUR 2016 Summer NATSUIRO”. The member said “We want to feel like back to Day1 while touring”, and try to organize a street performance. Their plan came true at 西門紅樓廣場, at which they got permission for the performance.

Around the venue, there were a lot of local fans,looking forward to the performance. When they introduced themselves and greeted in Mandarin Chinese, saying “Hello . We are Yuzu. Nice to meet you. So happy to meet you all”, the crowd screamed with joy.

Then, Yuzu performed for the first time in 5 years on the street since 2011, when they performed at Sendai Citizen Park in Miyagi prefecture.