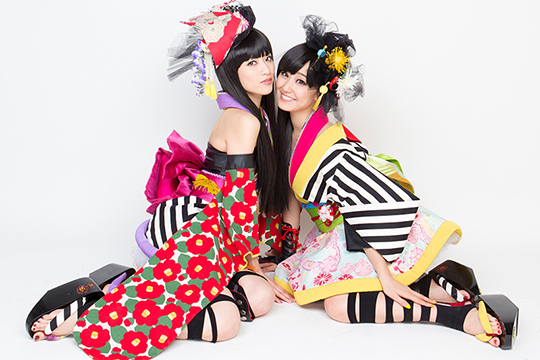 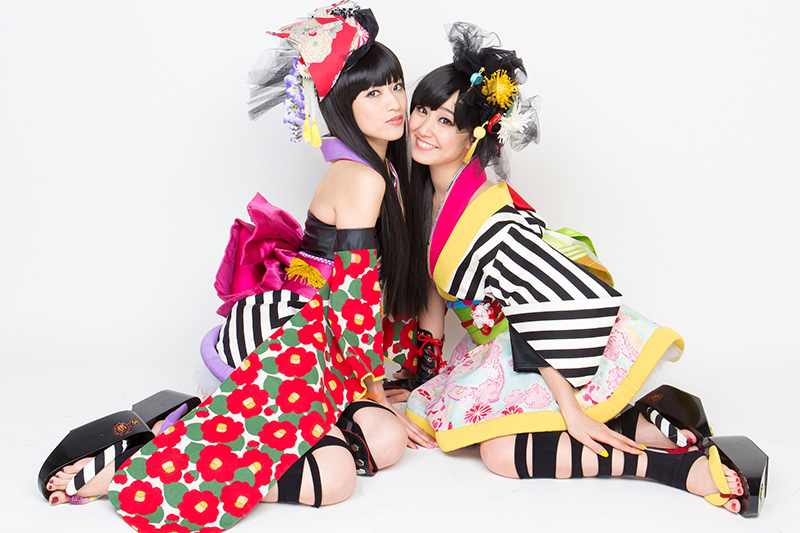 “YANAKIKU” is a female J-Pop duo with a mission to share the wonders of Japan with the world. After releasing their debut single “Miwaku No Lady” in 2012, they were asked to perform at an event that celebrates J-culture, “HYPER JAPAN 2013”, held annually in London. The eccentricity of their performance caught the eyes of many and was picked up by Tokyo Sports Newspaper and other famous J-pop review sites from overseas. Their 2nd single “UP↑SIDE↓DOWN” (released Sep. 2013) pushed them a step closer to international recognition, as they stunned crowds at the 10th “Tokyo International Music Market” (2013). Since then, offers have been coming left and right. In early 2014, they’ve pleased the ears of J-pop lovers at the “Furusato Festival” which was held at Tokyo Dome and accommodated offers made by the South Korean Embassy of Tokyo to perform at the “New Year Event with Japanese Artists 2014.” Their music video for their 3rd single “FUJIYAMA△DISCO” (released May 2014) climbed up to 60 thousand views on Youtube within the first month. With a successful performance at the “AnimeparTy 2nd” held in Shanghai (May 2014) under their belt, YANAKIKU continued to release their 4th and 5th singles, “Paku Paku Kingyo” and “Orihime”, the following months. In July, they provided the theme song (Agaru♥Girl) for Moe Oshikiri’s “D.U.P Mascara” video commercial (420 K views). Not only did they mark their first appearance on live stage at San Francisco’s “J-POP SUMMIT FESTIVAL 2014” in mid-July, they were also appointed to be the judges for the Japanese idol and cosplay event. They are scheduled to perform on the main stage of “HYPER JAPAN 2014” and have plans to perform in China and South Korean after August. They are also in the midst of organizing a concert to be held in Japan.
The exotic and electrifying “YANA” | An overload of cuteness “KIKU”
YANA and KIKU are the originators of “KIMOCOS = Kimono meets Cosplay”
Together on stage, this twin vocal unit delivers a must-see performance.
Welcome to the unparalleled world of YANAKIKU!
Official Site：https://yanakiku.jp/
Facebook: https://www.facebook.com/yanakiku
Spotify: https://open.spotify.com/artist/5Vx2dJBBTKvSIR9PoBuDOb
Twitter：https://twitter.com/YANAKIKU
YouTube：https://www.youtube.com/user/YANAKIKU/videos