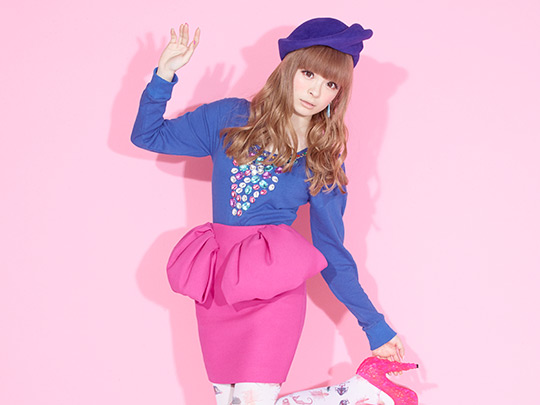 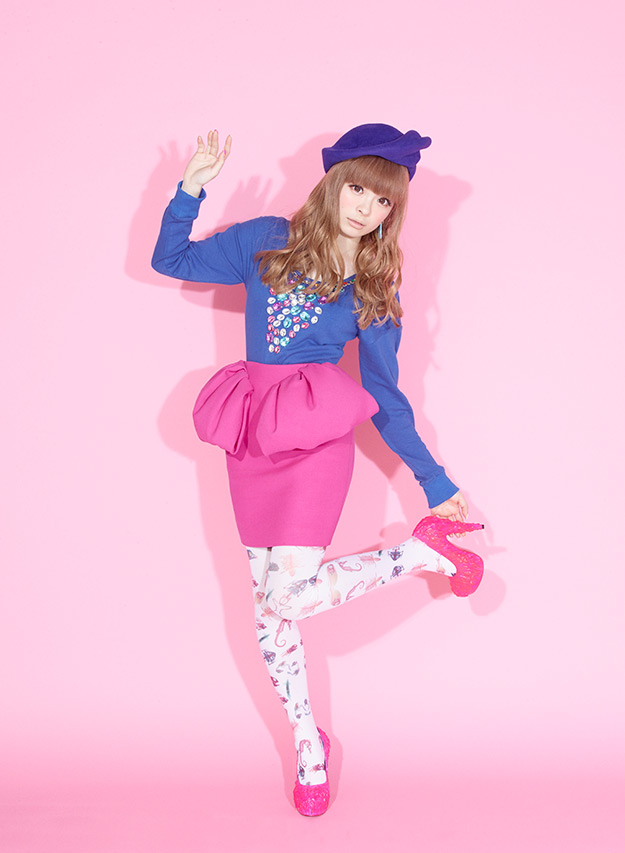 Kyary Pamyu Pamyu, who is currently in the middle of her world tour, revealed the music video for her new song “Family Party”.

“It turned out to be a very strange music video where I compete with a robot in a mysterious sport. I’d like for people to catch the fact that the cardboard robot is also being controlled by myself disguised as a robot. With the theme of the video being sports, I’d also like for people to look out for the uniform that I wear too!” –Kyary Pamyu Pamyu

“Family Party” is the new single that will be inserted as the theme song for “Crayon Shin-Chan: Serious Battle! Robot Dad Strikes Back”; it will be released on April 16.

The shooting took place in mid-March, early morning at a studio in Kanagawa Prefecture. The video was directed, as usual, by Jun Tamukai. Three patterns of costumes were prepared for this times shooting. Based on the theme, “to keep competing in a mysterious sport against robots”, give to her by the director, Kyary came up with the ideas for the uniforms. The uniform is made of mesh material in order to optimize movement.

The sub costume used in the scenes where Kyary sings is all silver and matches the costumes of the dancers. It was designed based on the image of a mechanical robot. The robot costume that Kyary wears while she controls the cardboard robot is featured on the cover artwork for the standard edition release of the single. It took about two weeks to create, and it was initially made just for the purpose of shooting for the cover artwork; however, the finished product being so fantastic, Kyary herself, wished for it to also be featured in the music video.

The shooting began with the singing scene where Kyary is wearing a silver dress designed using robots as motif. The scene represents “a music program running in the back of a sports program”. In order to give it a feeling of statelessness, the color of her hair and costumes were purposely designed to appear mysterious. The heavy wig that she wears with the robot costume poses some problems. After that is the mysterious sport competition. The sport being an imaginary sport with made up rules, the expressions used to express outcomes is another thing to pay close attention to. Check out Kyary’s superb acting.

Along with the release of the music video for “Family Party”, ChakuUta® distribution of the song began on April 9.