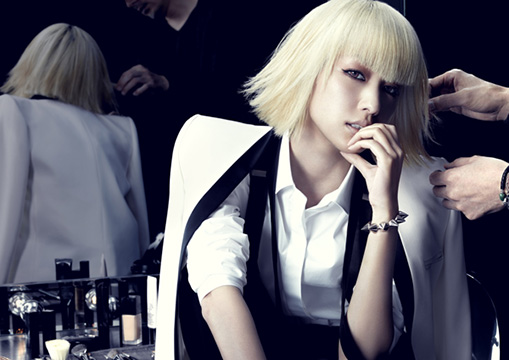 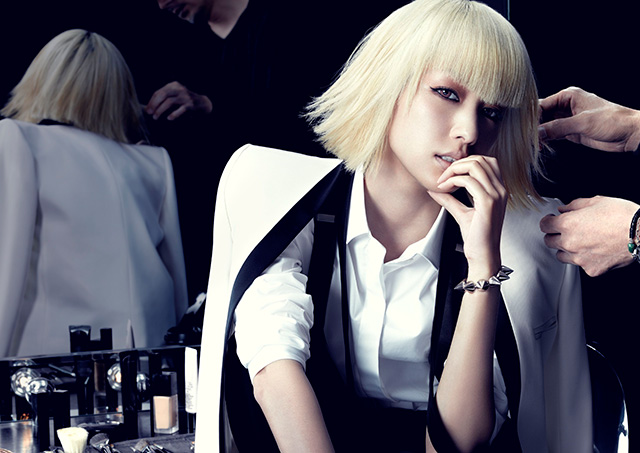 Mika Nakashima (born February 19, 1983) is a Japanese singer, model, and actress from Japan.
Her first album True released in August 2002 was a #1 hit in the Oricon charts. In only 3 weeks, True became a million seller. Then as commemoration of one year since her debut, Mika released a Premium EP Resistance, which hit the charts #1 spot two weeks in a row. On December 18, a documentary video Kiseki: the document of a start was released.
Mika has won her a vivid public recognition and aroused the excitement in many listeners of her generation. It was not a surprise that 2002 was a great year for Mika as she received “New Artist of the Year” from The Japan Gold Disc Awards, “Best New Artist of the Year” from All Japan Request Awards 2002, and “New Artist of the Year” from the 44th Japan Record Awards.
Mika became one of the most popular female vocalists in Japan. Her most popular songs include Gundam Seed’s ending song “Find the Way”, “Sakurairo Maukoro”, and “Yuki no Hana” which was covered by Korean male singer Hyo-Shin Park and this covered song is inserted in popular Korean drama Mianhada Saranghada (Sorry, I Love You). It was also one of the most popular karaoke songs in Japan in 2004. In 2004 she sang the ending theme of the anime series based on the manga Hi no tori as aired on NHK.
In 2005 she costarred alongside Aoi Miyazaki in the live-action movie Nana, based on the manga of the same name, which was released September 10, 2005. Mika also sang one of the theme songs for the movie, which was released as a single under the name “Nana starring Mika Nakashima”. The single, titled “Glamorous Sky” was written by the manga’s author, Ai Yazawa and composed by L’Arc~en~Ciel frontman Hyde. It was Mika’s first #1 single on Oricon charts. The single has sold over 423,000 copies making it the best-selling female single of the year and the tenth highest selling overall. The single continued selling well into the next year and sold 442,000 copies, which was about 25,000 copies less then her Nana co-star, Yuna Ito’s “Endless Story”.
Mika was recently nominated at the MTV Video Music Japan as “Best BuzzAsia from Japan” for “Amazing Grace ’05”, and the “Glamorous Sky” video was nominated as “Best Female Video” and “Best Video from a Film”. She won the “Best Video from a Film” award.
Due to the success of Nana, a sequel will be released in December, 2006 as well as new songs by Mika under the name Nana starring Mika Nakashima. The theme song to Nana 2 movie is “Hitoiro”, which is also written by Yazawa, while the music is composed by Glay’s leader Takuro, who is also the author of the coupling song “Eyes For The Moon”. Besides the single, Mika will release the mini-album The End, featuring all her songs under the name Nana starring Mika Nakashima.
Official Website: http://www.mikanakashima.com/
Facebook: http://www.facebook.com/MikaNakashimaOfficial
Twitter: http://twitter.com/mikahaztter
YouTube Channel: http://www.youtube.com/user/mikanakashimaSMEJ