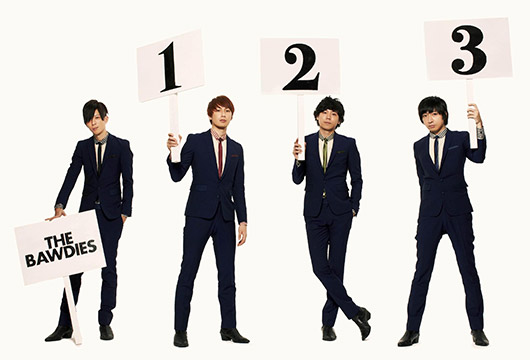 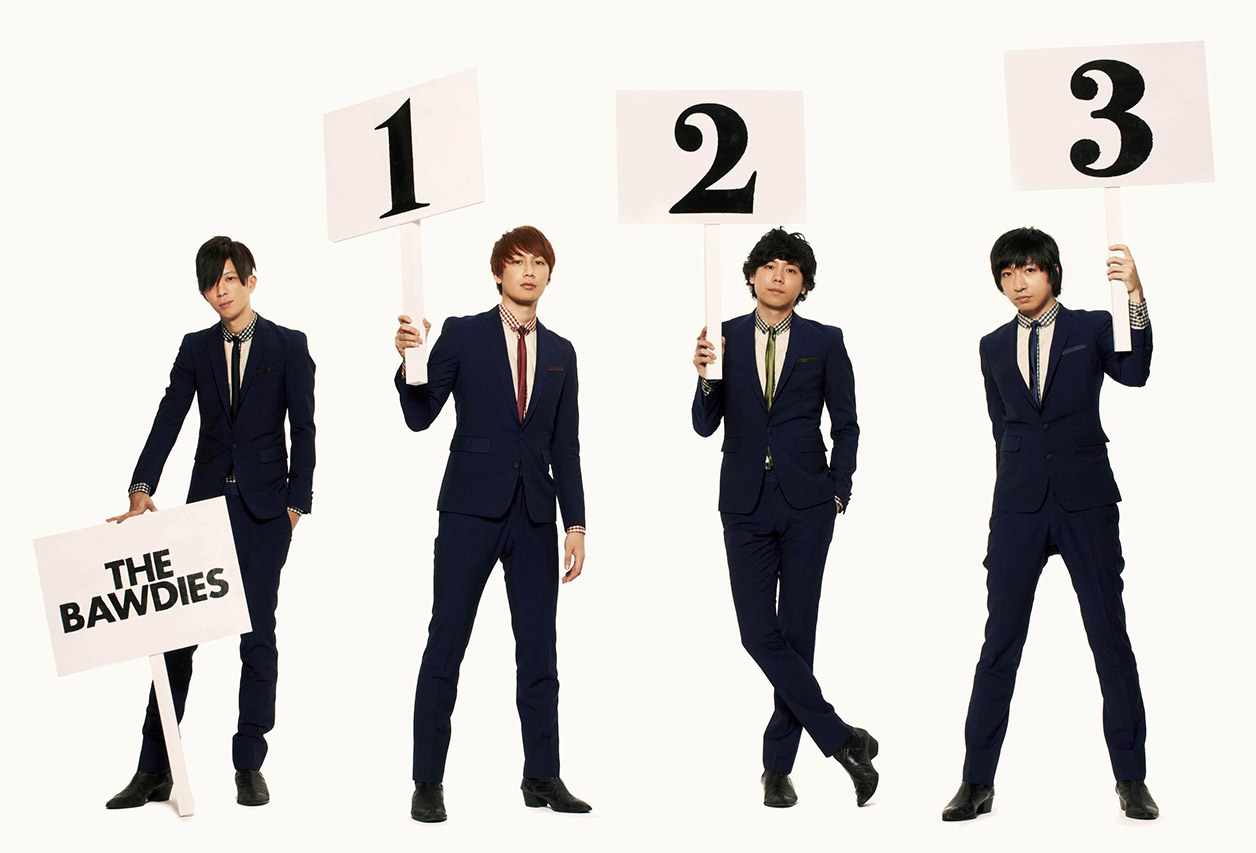 THE BAWDIES’ first Asia tour ended in a great success.

Spanning across one week, from October 20 to October 27, THE BAWDIES held an Asia tour that included a performance in Hong Kong, a performance in Taiwan, and two performances in Korea. During their indies period, they toured Australia twice, and this time, they took on the challenge of showing three Asian countries what real Japanese rock is.

Here are official concert reports from their Korean performances.

On October 20, THE BAWDIES performed at the Korean rock festival, “Grand Mint Festival 2013.” The performance was held in an indoor hall called “CLUB MIDNIGHT SUNSET.” THE BAWDIES, still mostly unknown in Korea, began their performance to a group of waiting Korean rock fans at 2:30 p.m. At first, not many people appeared to watch them, but as the performance heated up, they captured the attention of attendees and the people in the audience began to multiply. They began the show with the full-spirited “IT’S TOO LATE,” and during the course of their twelve-song, fifty-minute performance, the number of members in the audience increased tenfold, allowing them to end their performance among wild enthusiasm.

On October 22, they also held a solo performance at the Korean live house Sang Sang Madang. A local band, THE SOLUTIONS, performed as the opening act, and once they had gotten the audience excited, THE BAWDIES’ performance began. The set-entry music, which should be familiar to Japanese fans, was Sam & Dave’s “Soul Man.” The audience spontaneously began to clap their hands with the beat, and when the members came onstage, the audience broke into loud cheers.

As they had at “Grand Mint Festival,” they began with “IT’S TOO LATE.” The concert began with both the members and the audience in high spirits. Then during “KEEP ON ROCKIN’,” ROY did a call and response with the audience, teaching them in English how to do it, communicating perfectly with the fans. During the intro to “ROCK ME BABY,” TAXMAN’s guitar began to sound and all at once, the audience broke out into cheers. After the audience had listened attentively to the melody of “LEMONADE,” ROY did an MC in English, heating up the venue. Following that, they gathered their strength with “I WANT YOUR LOVE AGAIN,” “LONELY MAN,” and “TAKE A CHANCE.” Then, in English, ROY said, “The next song is our newest song. I hope you like it,” and they performed “THE SEVEN SEAS.” Despite it being only halfway through the performance, THE BAWDIES had already managed to capture the audience’s attention.

Following the end of the main set, they performed a double encore of “1-2-3” and “WHAT’D I SAY.” The performance came to its conclusion with the audience reaching the peak of their excitement. THE BAWDIES ended the performance with their customary call of “Wasshoi!” and a feeling of oneness was born within the venue.