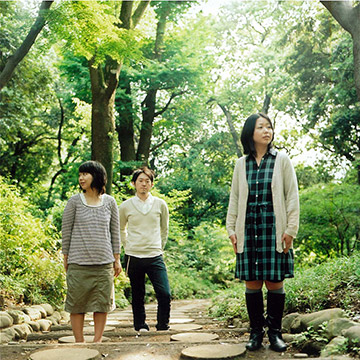 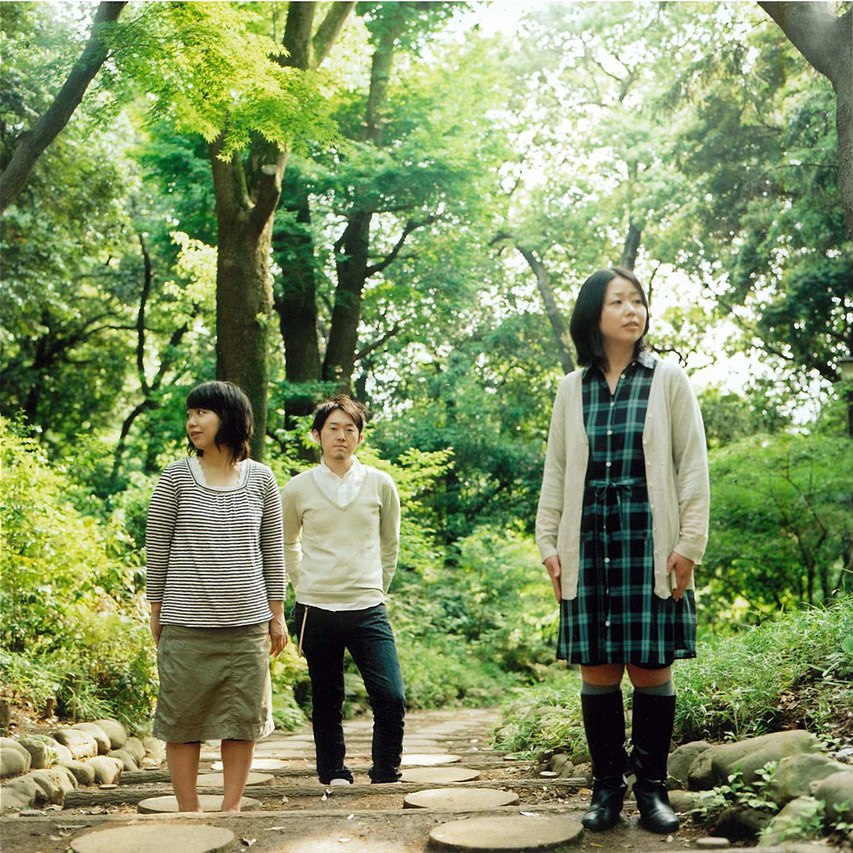 Masha Qrella, the female artist from Berlin, and Mayumi Hasegawa, the bassist and composer of the notable Japanese post-rock band miaou, toured from June 11th to June 15th, 2013, and performed directly to the hearts of German and Japanese audiences.

The tour opened at Ausland, a venue located in Prenzlauer Berg, an area which represents the current cultural scene of Berlin. Among the Germans fans at the venue, many Japanese could be seen attending the show.

Mayumi Hasegawa played as her solo act under the moniker, Felisie. She performed three original pieces using guitar, keys, samplers, etc. Despite the simple sonic atmosphere, she managed to bring the strong beat and beautiful melodies that miaou’s music is known for. Perhaps those who have listened to miaou’s music will understand, but Hasegawa’s music communicates her experience of beauty without pretense or exaggeration. The simplicity that she presents in her own style is very genuine and quite cute.

The Masha Qrella Band drastically changed their repertoire since their last performance three months ago in March 2013. The keyboard player, Sebastian Nehen played saxophone on “Analogies,” a bluesy and jazzy number from their album, Analogies, released in 2012. They also performed the powerful “Bluebottle,” a song that featured Mayumi Hasegawa on bass, for the first time since the Japan tour in November 2012. Furthermore, Alexander Scheer, the distinguished actor who played Mephisto in the production of Faust in Frankfurt on January 2013, made a surprise performance, solidifying a great concert.

This is a rather personal anecdote, but on December 2012, I was on the plane during my immigration to Berlin, and was listening to “own your colours” from miaou’s 2011 album, the day will come before long, on my walkman. As the plane took off, the song was building up as Tatsuki Hamasaki’s sharp electric guitar joined the powerful beat in “own your colours.” This matched perfectly with the vanishing image of the Japanese landscape that I could see from the window of the plane, and I could not help large droplets of tears from falling. It seemed as if “own your colours” chose me at this moment and quietly and strongly encouraged me in my big life decision by telling me that, “it’s okay to start a new life overseas at 44 years old. It’s okay even if people think you’re strange. It’s okay because you’re owning your colour.” This deeply struck me, and I could not stop crying. Even without any lyrics, this instrumental track communicated these emotions; perhaps more directly with the absence of lyrics.

Miaou’s, Mayumi Hasegawa’s, Masha Qrella’s, and Contriva’s music is often characterized as “fleeting and melancholic.” But their music has the unique and convincing power that can help to encourage some large decision in life—to own your colour. I think that is incredible.