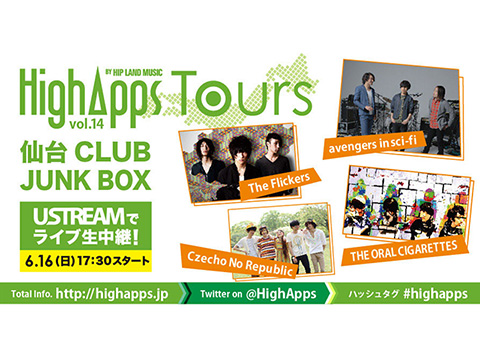 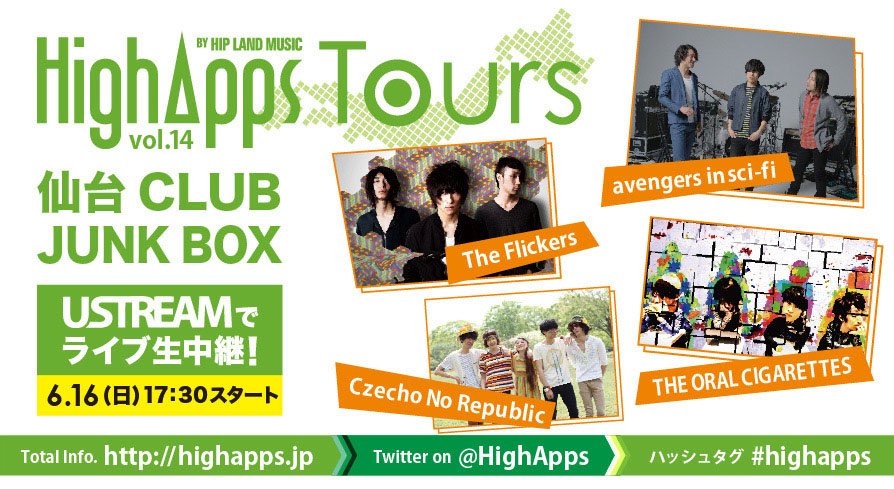 HighApps Tours has been a sensation in Japan’s local music scenes. Please check out the Ustream from the final night. There will be no live footage from the show in the archive. So, don’t miss this exclusive chance to join the event from your computer!

Also there will be door tickets available. Please come to the venue to check out the raw emotion of the event.