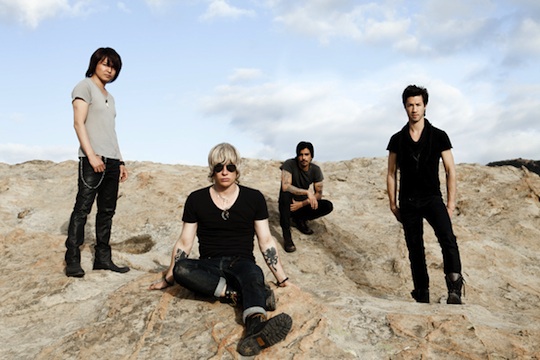 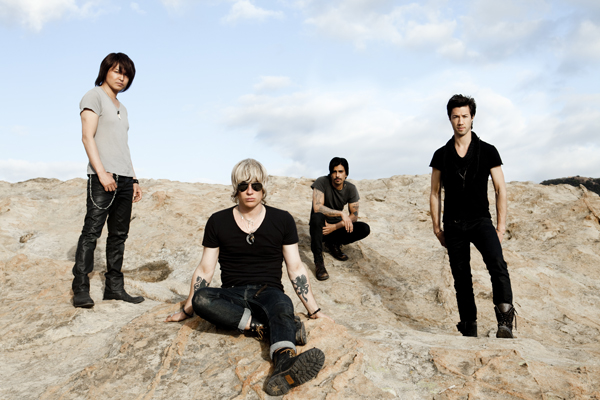 While fans are still stoked over the news of SIAM SHADE’s Tokyo, Nagoya, and Osaka concert tour announced on April 25th, it has also been revealed that guitarist DAITA’s new band in America, BREAKING ARROWS released their debut single, “TEARS FALLING HEAVY” from AudioNest on May 22nd (21st local time).

The debut song is available on BREAKING ARROW’s official website in its full length.

The history behind the formation of BREAKING ARROWs goes back to when the 2010 release, SIAM SHADE tribute album, “SIAM SHADE Tribute” was still in its making. It all began when DAITA approached the producer of that album, Marti Frederiksen, who is known for working with such artists as AEROSMITH and MR. BIG.

From the time when he was still a teenager, DAITA held many auditions to put together a band of his own. Through those auditions he met bassist, Francis Ten, drummer, Brendan Buckley, and vocalist, Nik Frost, who sang for the cover of the song “GET OUT” on “SIAM SHADE Tribute”.

On June 18th, local time, their album, “BREAKING ARROWS”, will be released. Their debut song, “TEARS FALLING HEAVY”, will be featured on the album.