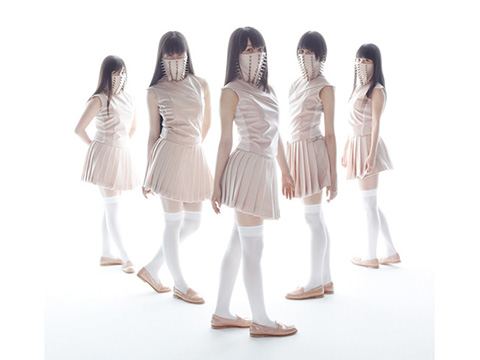 Both of the albums will be available in 120 countries worldwide starting midnight on April 24th. “5TH DIMENSION” includes “Saraba Itoshiki Kanashimi Tachiyo”, which was performed live on NHK Kohaku Uta Gassen (the annual contest between male and female popular singers on New Year’s Eve, sponsored and broadcasted by NHK) and other songs such as “Z Onna Senso” , “Moretsu Uchu Kokyokyoku 7th -Mugen no Ai-”, “Rodo Sanka” with a total of 13 songs, 9 new songs amongst them, produced under the concept of “Revolution”. The eccentric visuals of the studded mask used on the cover of the CD and the video clips for the new songs “Neo STARGATE” and “BIRTH O BIRTH” came out to the public prior to the CD release, creating a buzz even before the CD was available.

In addition, “Battle and Romance” is their 1st full album that features 13 songs total including their major hit “Ikuze! Kaito Shojo” and single hit “Z Densetsu -Owarinaki Kakumei-”. The Limited Edition A and B all sold out, but to celebrate the release of “5TH DIMENTION” they came out with more copies of this edition on April 10th, which brought them up to 2nd place on the weekly charts from the 138th place they were in the previous week.