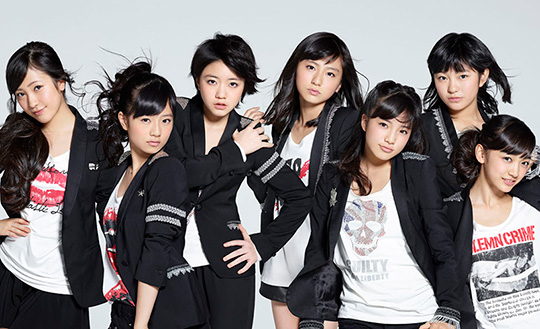 It was announced that a 6 piece vocal-dance group “Fairies” will be singing the theme song for a TV Anime Program.

The show is called “Jewelpet Happiness” broadcasted on TV TOKYO , starting on April 6th. This show is the 5th version of the popular series among girls.

“I’m so honored to perform at Sanrio Puroland, which I’ve visited many times. The fresh melody goes with the anime. The choreography of the dance is cute and easy to cover.” Momoka Ito.

The new single “Hikari no Hateni” is to be released in early summer.