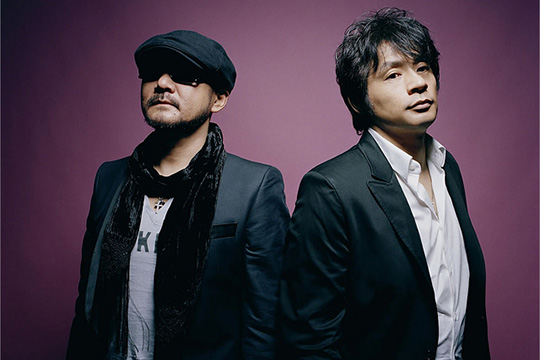 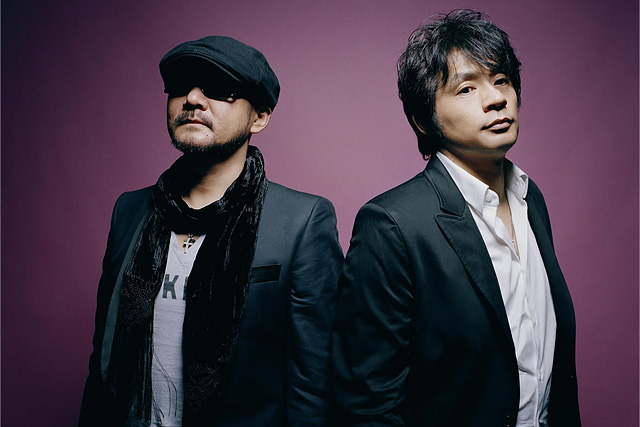 Chage announced the detail of CHAGE and ASKA’s Reunion show on the last night of his solo tour “Chage’s Chakai 2013 the Aito Yokohama-Again”.

“Chage’s Chakai 2012 the Aito Yokohama-Again” was a blast for him and it led to“Chage’s Chakai 2013 the Aito Yokohama-Again” welcoming an old friend of his ,Goro Matsui, for the script and the stage production. The 14 song, 2 hours showcased Chage’s story telling and songs with some covers such as “Blue light Yokohama” , his original “Tokyo Moon” and the duo song Here and There”.

One unique element of this concert is that Chage does not speak a word except for on encore. And on encore of the closing night, this came out of his mouth.

“I have an update for you. CHAGE and ASKA Summer Special Live tour will be held at Kokuritsu Yoyogi Taiikukan for 3 days on August 28, 29 and 30th. This show is titled as “On Your Mark”. It will start in Yoyogi and end in Yoyogi.”

After the show, flyer was handed out and there was a special website opened. The title “TUG of C&A Chage and Aska Special Live 2013 On Your Mark” will distributing tickets through their official fan club “TUG of Chage and Aska”. (The logo on the special website is from late 80’s to early 90’s or something similar to that.)

If you look back on Chage and Aska’s history, their first concert at Kokuritsu Yoyogi Kyogijo Daiichi Taiikukan in 1983 was the first time for the venue to have a music act there. Now , it’s a well-known music venue for major artists but it was Chage and Aska who first performed there.

At the first time the last concert before their break was also held there December 24th 2007. This leads to Chage’s remark”We will stop at Yoyogi and start at Yoyogi”.

Whatever that means, it doesn’t change the fact that it is their first stage after 6 years. This has made possible because they kept looking up and dreaming.