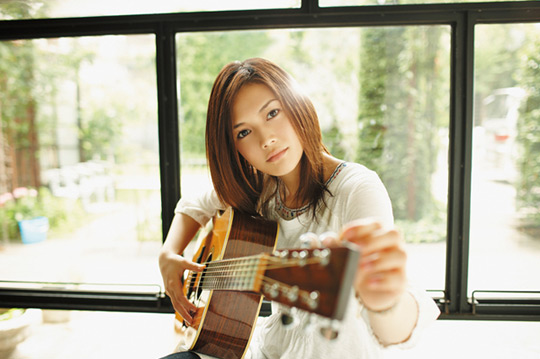 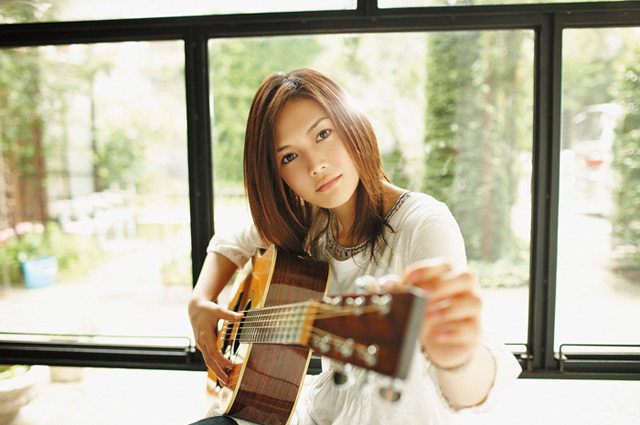 YUI’s solo live in Hong Kong back in June was very successful with an audience of 7500 and on 9/24, she held a street live, something that rarely ever happens in China, in a famous tourist spot in Xintiandi, Shanghai.
This street live was held to respond to the Chinese fans and was made possible by the cooperation of local supporters as they made various adjustments in many different ways to make this live happen. Street lives are unheard of in China and this was the very first time for a street live to take place. Also, YUI was the first Japanese artist ever to participate in a free event held at Jiuguang Department Store and se the record by attracting an audience of more than 2000.
Moreover, she participated in “Shanghai Japan Week 2011” held during 9/23~25 as a surprise guest and expressed her gratitude for China’s abundant support for the recovery of damages caused by the Great East Japan Earthquake of 3/11/2011. She performed meaningful numbers including ‘Green a.live,’ the newest song she wrote since the earthquake broke out, and ‘Good-bye days,’ a must-number for all of her lives.
Official Website: http://www.yui-net.com/
© Sony Music Entertainment (Japan) Inc., All rights reserved.