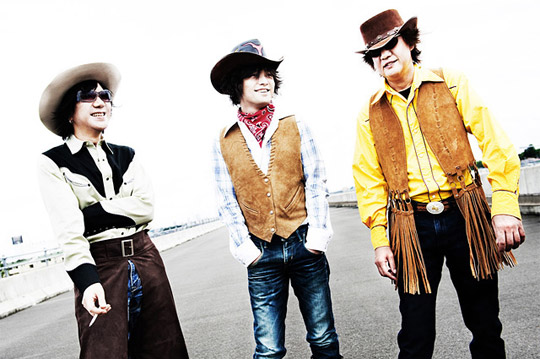 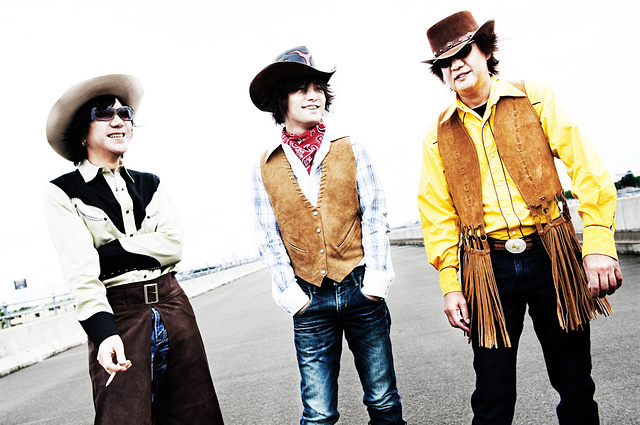 Started the band in 1989, makes their debut from PONY CANYON in 1991. In 1992, the bass and also a leader of the band, Ueda Kenji, leaves. Though having to stop the band for a while, they move to the KING RECORD in 1994. A good and established reputation of their shows leads the many offers to many shows. Over 70 shows through out a year. After the release of “Strange Chameleon”, the number of people coming to their shows increases. The life style of Yamanaka Sawao sure caught the hearts of the youngs. There are also many musicians and artists who admire and respects the pillows and appears to their shows. From the year of 1996, they begin their own event called “DELICIOUS BUMP SHOW!!” As shown in the title, all the people who were involved enjoys the event. This events are held all over Japan and you could tell from the shows the way how the events really should be. In 1999, they made “DELICIOUS LABEL” owned by Yamanaka Sawao, according to the event. They release the alternative rock sound which there ain’t many in Japan. noodles who performed in SXSW last year is one of the band of this label. “Ride on the shooting star” released in 2000, was an ending theme song of “FLCL” produced by “GAINAX” known all over the world. Most of the songs used in this original animation film is from the pillows. Their 15th anniversary this year, they released a tribute album performed by many famous artists in Japan. Their songs give hope and power to the listeners. “feel than to think” is just the right word for the band and they are one of the few bands that could express that in Japan…..
The pillows is respected from a lot of musicians in Japan. “Mr. Children”, “BUMP OF CHICKEN” and “JIRO of GLAY”, etc. that are one of the most popular rock bands in Japan, participate in a tribute album of them released in commemoration of the 15th anniversary in form of two years ago. They do Japan tour more than 20 performances every year, and the number of live during year is near 70. The album has been released every year. The ticket of the live-hall of the capacity of 2500 people does sold-out in their concerts on the same day. The pillows is the first American tour last year. But, they take charge of the music of animated cartoon “FLCL” that GAINAX produced as written in the profile and there are a lot of fans also in the United States. Three sound tracks of “FLCL” and their album are sold in the United States. So, the ticket of the tour was done sold-out though it was the first tour.
Official Web Site ：http://www.pillows.jp
Official Myspace ：http://www.myspace.com/thepillows