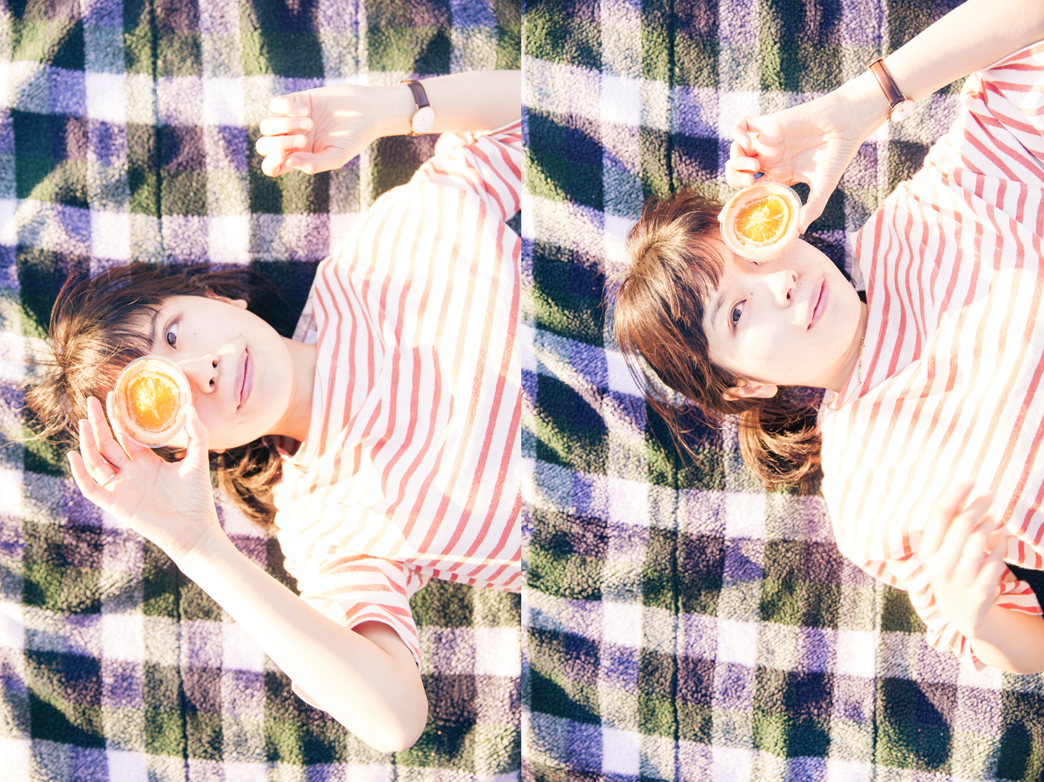 Predawn is a solo project of Miwako Shimuzu (Gt. & Vo.) who was born in 1986 in Niigata Prefecture and raised in Tokyo. She began playing the piano at the age of 4 and composing songs by 6. She then started playing the guitar in junior high school and won a prize with her original song for 2 consecutive years at a creative music competition hosted by her school. For high school and college years, she was active in the music scene as a band member and a composer. She finally began her solo project in 2008 as “Predawn.” She independently produced and released “10minutes with Predawn” only available at her live venues and a limited number of CD shops. The outcome was a lot greater than she expected as her CD set the records for the most sold CD at mona records in 2009.
She also participated in the chorus of 3 previous works by a track-maker Eccy, andymori’s 1st album released on 2/4/2009 and QUATTRO’s 2nd album released on 4/17/2010. As she participated in Fuji Rock Fes ’09 and ap bank ’09, more and more people got to know her and her music. She released her very first mini album “Te no Naka no Tori” for nationwide distribution on 6/2/2010 from her independent label, Pokhara Records.
Official Website: http://www.predawnmusic.com/
Twitter: http://twitter.com/Predawn_staff
Myspace: http://www.myspace.com/tartetatin
Facebook: http://www.facebook.com/Predawn