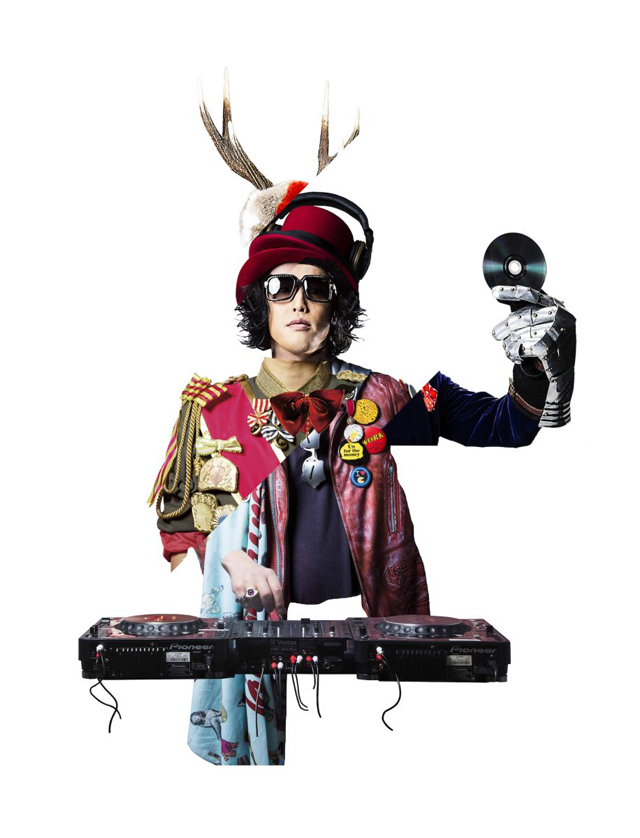 DJ Ichiro Yatsui formed Eleki Comic in 1997. The name derives from the fact that Yatui liked music and Imadachi Susumu liked comic books. They love music, have a lot of musician friends and are known as the comedian most known in music industry.
Keiichi Sokabe recommended Yatusi that he should DJ, and he made his DJ debut at the stage of “COUNTDOWN JAPAN 05/06”. After that, he has been the regular DJ at events such as “ROCK IN JAPAN FESTIVAL” or “COUNTDOWN JAPAN”. His act has been buzzed on SNS and web communities, with comments saying “I go to those festivals to see DJ Yatsui Ichiro” or “He was the best act!”. He has been touring as a DJ as well as comedian.
In 2005, Sokabe Keiichi produced his original album “Everest” as Eleki Comic. In 2009, he released his mix tape titled “DJ Yatsui Ichiro①”, followed by seven others, “ATARASHII YATSU!”, “Golden Hits”, “PLATINUM DISC”,”YATSUI FESTIVAL!” “PARTY” and Tropical Hour!!”.
Official Website: http://www.jvcmusic.co.jp/-/Artist/A022595.html
Twitter: https://twitter.com/yatsuiichiro
Facebook: https://www.facebook.com/djyatsui