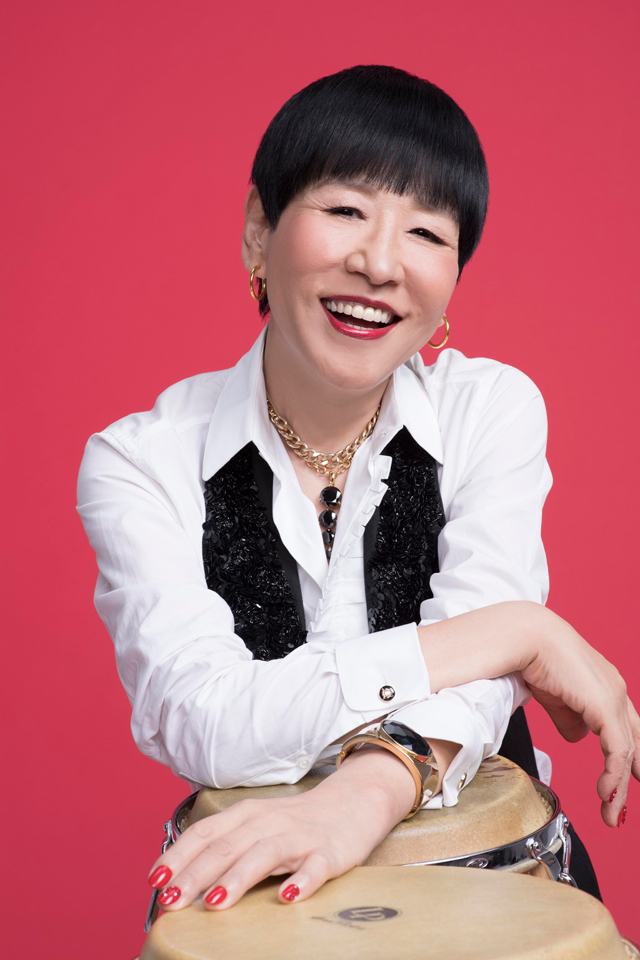 Akiko Wada was born in Tsuruhashi Osaka. She started singing at jazz clubs and go-go clubs at the age of 15. Her height and powerful voice earned her recognition, which led to her debut on October 25, 1968 with the song “Hoshizora no Kodoku”. She was referred to at the time as “The Japanese Queen of Rhythm and Blues”.
Her debut song was not a commercial success, but her second song “Doshaburi no Ame no Naka de” became a hit ,which got her to be recognized as one of the popular singers.
In 1970, she performed at the “21st NHK Kouhaku Uta Gassen” with the song “Waratte Yurushite”.
In 1972, Akiko won the “14th Nippon Record Taishou Best Singer Award” with the song “Ano Kane wo Narasu no wa Anata”.
In 1973, she also became a talent of the variety show “Kinyou Jyuuji! Uwasa no Channel” broadcasted on Nihon TV Broadcasting Network. The nickname given to her was “God Sister” due to her height and intimidating look, and which turned her into a national sensation.
In 1998, she performed for the first time as the main star at the “49th NHK Kouhaku Uta Gassen” with the song “Ima Anata ni Utaitai”.
In 2005, Her song hit the top 10 in the Oricon ranking chart for the first time in 33 years of her career on July 13th with the song “Hey!” for which which she collaborated with m-flo.
In 2006, she became the second female artist to perform in the “NHK Kouhaku Uta Gassen” as many as 30 times at the “57th NHK Kouhaku Uta Gassen” (the other being Chiyoko Shimakura) and on September 29th 2008, she became the first artist to perform solo at the New York Apollo Theater.
Official Website: http://www.akofc.com/
Teichiku Records: http://www.teichiku.co.jp/artist/wada/
Twitter: http://twitter.com/wadasoul2015