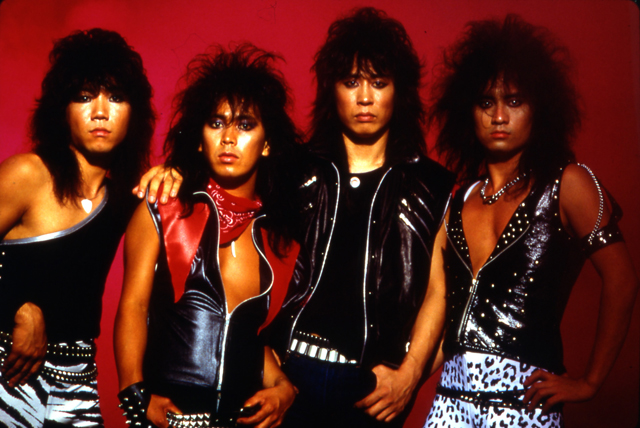 Loudness is a Japan-based heavy metal band formed in 1980 by guitarist Akira Takasaki and drummer Munetaka Higuchi. They were the first Japanese heavy metal act signed to a major label in the United States, releasing twenty-three studio albums (five in America) by the end of 2009 and reaching the Billboard Top 100 in their moment of maximum international popularity. Despite numerous changes in their roster, the band continued their activities during the 90s, finally reuniting the original line-up in 2001. On 30 November 2008 original drummer Munetaka Higuchi died from liver cancer at a hospital in Osaka at age 49. Loudness replaced him with Masayuki Suzuki and are still active to this day.
Vo:MINORU NIIHARA
Gt:AKIRA TAKASAKI
Ba:MASAYOSHI YAMASHITA
Dr:MASAYUKI SUZUKI
Official Website: http://loudness.jp/
Fecebook: http://www.facebook.com/pages/LOUDNESS-WORLD-PAGE/124064241029567?sk=wall
Twitter: http://twitter.com/LOUDNESS_world