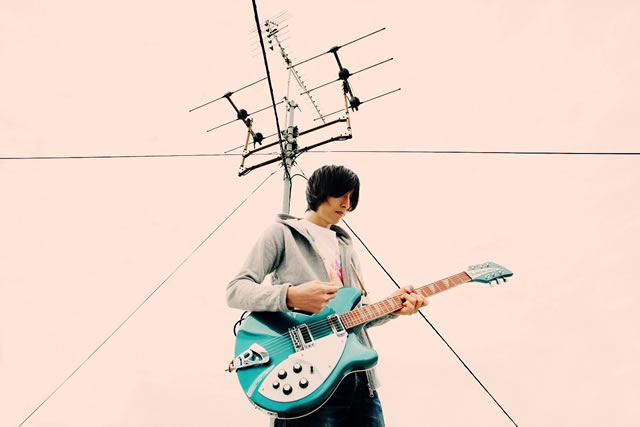 Tomofumi Tanizawa. Born 1981 in Kamioka, Hida City, Gifu Prefecture.
He played guitar at 15 years old, began to make original pieces of music, and started band activity.
He went to Tokyo with a university entrance into a school of higher grade. He passed through his new band activity and began his solo career in 2003 with “Uta Guitar Song-writer” afterwards. He released his first mini album “Kagerou” in 2004, second mini album “Nanairo” in 2005, and third mini album “Kuuro” in 2006.
Official Website: http://tanizawatomofumi.com/
Myspace: http://www.myspace.com/tanizawatomofumi
VAP: http://www.vap.co.jp/tanizawa/