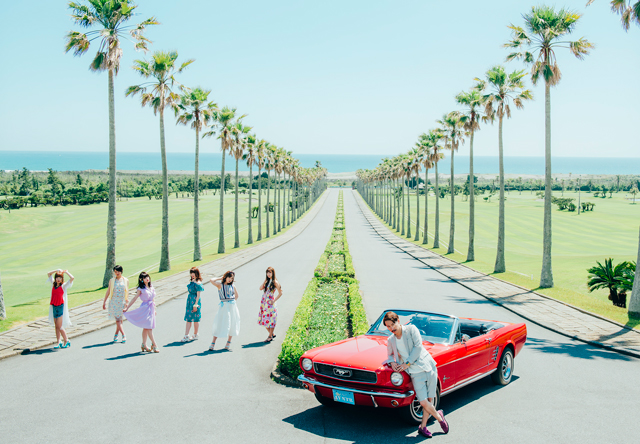 Kiyoshi Ryujin was born in 1989, and grew up in Osaka. At the age of 15, he began to write his own music, and in the summer of 2005 produced demo recordings, which he sent to many music record personnel, beginning his musical career. In 2006, Kiyoshi competed at the Teens Rockhigh school band music competition and won the grand prize, which led to his appearance at the Rock in Japan Festival summer festival in 2006, as one of his prizes, which caught the attention of a lot of producers trying to have him sign with them.
He debuted as a major label artist in 2009, with the single “Morning Sun.” He is best known for this song, as well as writing Yui Horie’s 2011 single “Immoralist.”
He debuted officially in 2009 under EMI Music Japan with the song “Morning Sun,” which was used in a commercial campaign for cellphone provider AU. Kiyoshi released his debut album Philosophy later in the month. The album was awarded a runner up award in the 2010 second CD Shop awards. The song was pushed at 75% of the major radio stations and cable music channels. His straightforward lyrics caught people’s attention, followed by his third single “Itaiyo” and second album “WORLD”, giving him a steady platform as a singer-songwriter.
In 2010, he released his fourth single “Bokura ha Tusnagatterundana” in September and fifth , “Please Repeat After Me” in November. Kiyoshi released his second album, “World”, led by the singles “Help Me Help Me Help Me” and “Itai yo.” His fourth album, MUSIC,” was released featuring a voice actress Yui Horie or an actress, Mikako Tabe, for which he didn’t use any intruments. His fifth album “KIYOSHI RYUJIN” is an acoustic narrative album. This became a rare item to come by, sold only at the music venues where he performs.
In October 2013, he released his sixth album “WORK”, a pop album arranged, composed and written by him including the string arrangement. “All My Life” was picked as “New Life” version commercial od J:COM Smart TV. He also writes for other arts such as Yui Horie and Dempa Gumi.inc.
Official Website: http://www.kiyoshiryujin.com/
Twitter: http://twitter.com/kiyoshiryujin