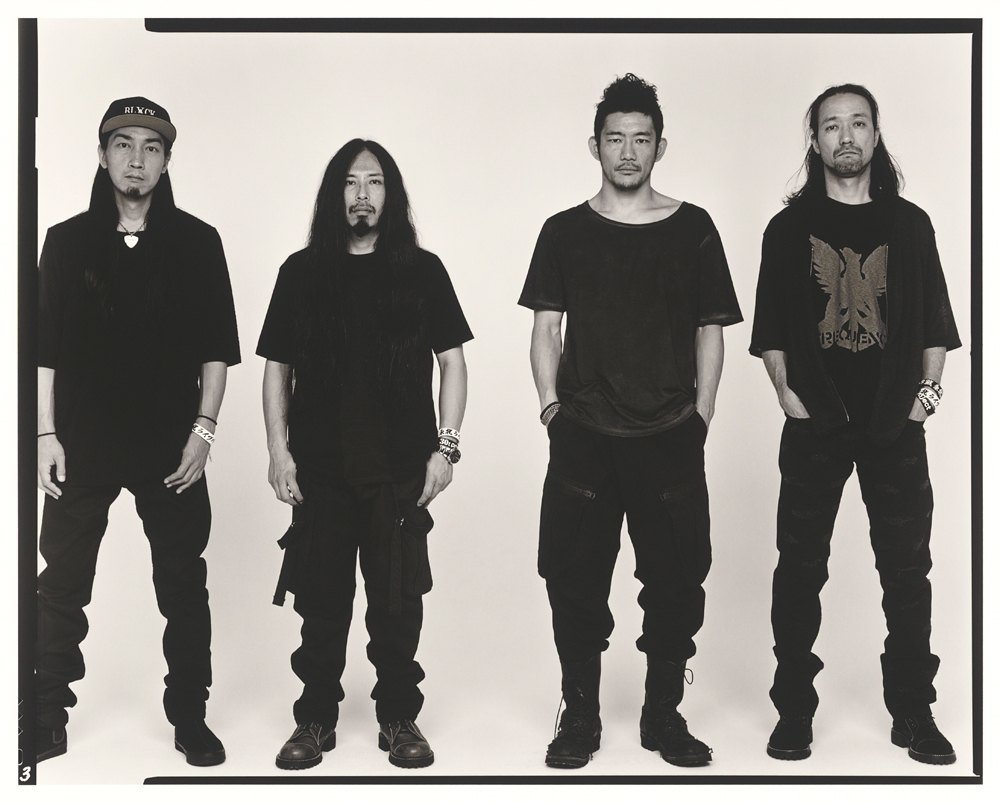 Brahman was formed in Tokyo in 1995 and soon began playing live shows around Japan. They quickly established a following with their individual rock/punk style and in November 1996 released “Grope Our Way” a mini-album.
Their popularity throughout Japan blossomed and enabled them to tour the nation extensively and follow up quickly with another high quality mini-album titled “Wait and Wait” in October 1997.
1998 was an exciting year for Brahman as word spread and kids flocked to the bands shows. The highlight of their career to date came by playing at the legendary AIR-JAM show in Tokyo in front of 30,000 people. Bands such as Hi-Standard, Husking Bee, Rude Bones and Garlic Boys also played at AIR JAM and the show heralded the arrival of a new wave of Indies music in Japan.
Also during 1998, besides playing countless sell-out shows throughout Japan Brahman released their Chart topping first full-length album “A Man Of The World”.
Brahman gained the attention of heavyweight label Toys Factory and signed with them in 1999 and in September of that year released the single “Deep / Arrival Time” and continued touring and playing big events in Japan including the Tibetan Freedom Concert alongside bands such as Audio Active, Buffalo Daughter and Hi-Standard.
1999 also saw Brahman’s first participation in the internationally recognized Fuji Rock Festival 1999 where they shared the stage with bands such as Jon Spencer Blues Explosion, Atari Teenage Riot and Eastern Youth.
With the wheels fully in motion Brahman in 2000 once again played AIR JAM and continued touring extensively in Japan. Brahman also released their first live VHS (later on DVD) in this year titled “Craving”.
Late 2000 through to the spring of 2001 saw Brahman begin to play with international bands touring Japan such as Shelter and Snuff and Brahman them selves began playing shows overseas in Hong Kong, Spain and Italy.
Brahman through talent and hard work were now firmly entrenched as the leading alternative rock/punk band in Japan and in June 2001 their second full-length album “A Forlorn Hope” sold well over 500,000 copies. The hard work did not stop however and they continued to play a rigorous schedule of over 50 shows all over Japan to support the release via the Hope Against Hope tour and also began playing more shows with high profile international bands culminating in their appearance at the Fuji Rock Festival 2001 where they shared the green stage with bands and entertainers such as Eminem, System of a Down, Tool, Alec Empire and Xzibit.
2002 saw Brahman continue to tour hard and further overseas shows in Taiwan and also participate in the huge Street Beat Festival in Italy.
Once again play the Fuji Rock Festival 2002 on the Green Stage with bands such as Red Hot Chili Peppers, Janes Addiction and Queens of the Stone Age etc.
Brahman slowed down a little on domestic touring in 2003 but still played a nationwide series of shows on the sold-out Hands and Feet tour and embarked on a number of international shows in China, Italy, The United Kingdom and France!
Brahman will continue on in 2004 looking to further establish its growing international reputation by regularly playing overseas whilst ensuring their loyal fans in Japan are also able to see and hear the phenomenen known as Brahman.
In September 2004, they released their long awaited album “THE MIDDLE WAY”. Following this release, they performed 56 shows and made a record of sold out shows. Right after this nation wide tour, they also had an accomplishing tour in Italy, Austria and other European countries. In 2005, they finished up their 10th anniversary year with another successful tour. Their way of life on the road has been complied in their live DVD, “THEORIA”, released in June 2006.
Brahman released single“ Handan’ s Pillow & Gyakko(The Backlight)” in 2007, and 10 months later, finally in Feb.2008 new full length 4th album“ ANTINOMY”. It’s got 3rd prize of the national chart. They had started soon AL tour“ AUTONOMY” from March to July of the final act in Tokyo.And in the middle of Summer, BRAHMAN had acted performance by the headliner band for more than 50,000 people of the various huge Rock festival in Japan.
The Document movie of the album tour and the final act had released for their Up-Date DVD“ THE THIRD ANTINOMY” in Nov 2008.
Official Website: http://www.brahman-tc.com/
Myspace: http://www.myspace.com/brahman