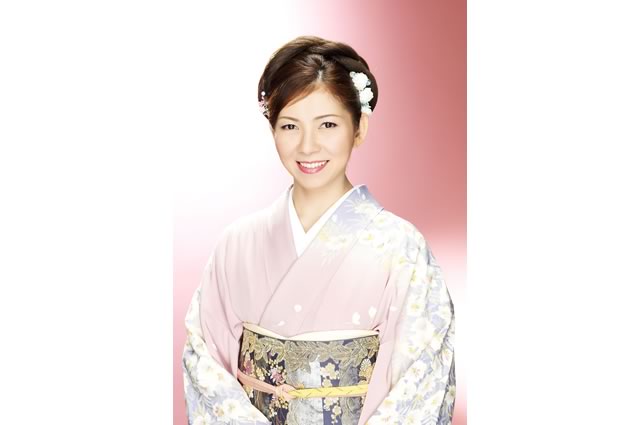 In 1992 singing with Nippon Crown, Hitomi Matsunaga made her debut on February 21st with her single, “Kaikyo Heiya”.
From 1994 to 1998, she was a regular cast member on the TV show ”Enka Ryukouka”.
In 1995, she released her first album “Matsunaga Hitomi –Onna no Utagoyomi”.
In June of 1998, she released another album titled “Matsunaga Hitomi Best 16”.
In 2001 for her 10th anniversary as a enka singer she released “Amagi Rutengasa” and so on various other titles.
In 2011, she released “Horeaisou/Kagurazaka Carmen”.
Official Website: http://www.hitomi-m.com/index01.html