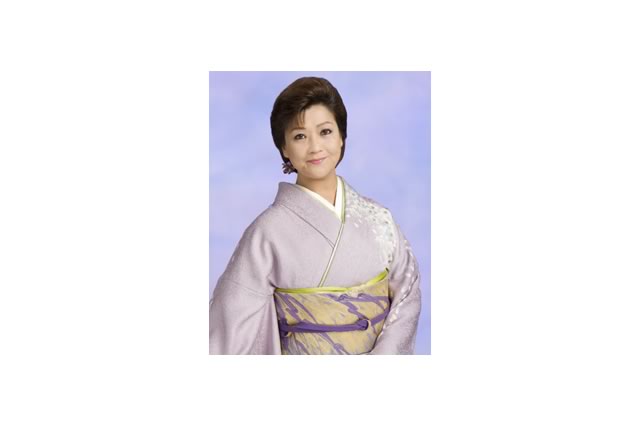 From Oita Prefecture.
Debuted in 1979 with “Onna no Defune” and was awarded the best new artist award at the 21st Japan Record Awards as well as various other kayokyoku award shows. In 1989, she was the first recipient of the “Rekotai Misora Hibari Award”, given to exceptional female singers. She is one of the top female enka singers with her talented voice which is straightforward and clear and boasts a stable singing prowess.
Official Website: http://www.nobue-matsubara.jp/