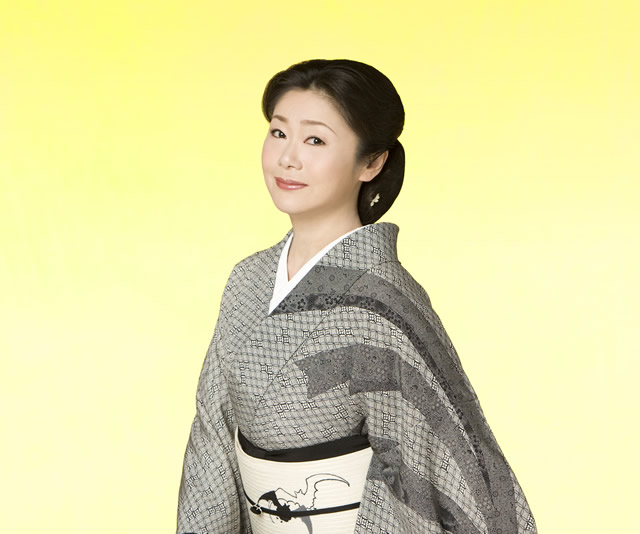 Making her debut in 1984, she was invited to perform at the annual NHK Kouhaku Utagassen in 1987 and 2003.
Recognizing the Seoul Olympics as an opportunity, she began to have an interest in Korea and became the first Japanese singer to ever debut in Korea.
Her abilities range from Shorinji Kenpo (ni-dan), Japanese calligraphy (ni-dan), Korean proficiency test (san-kyu) and is a master of Japanese dance.
Her husband is the renown writer, Toyohisa Araki. There was much talk of their marriage as they are 22 years apart in age.
Collaborating with Hitoshi Haba, who has provided music for Kaname Nemoto of the “Stardust Review” and Takki & Tsubasa, Shinno released an album titled “Soshite…watashi”.
Her single “Yatsurano ashioto Ballad” was used for the ending song of the TV show “Hajime Ninngen Gyaatoruzu”.
Official Website: http://www.fuyumi-fc.com/
Blog: http://ameblo.jp/mika-shinno