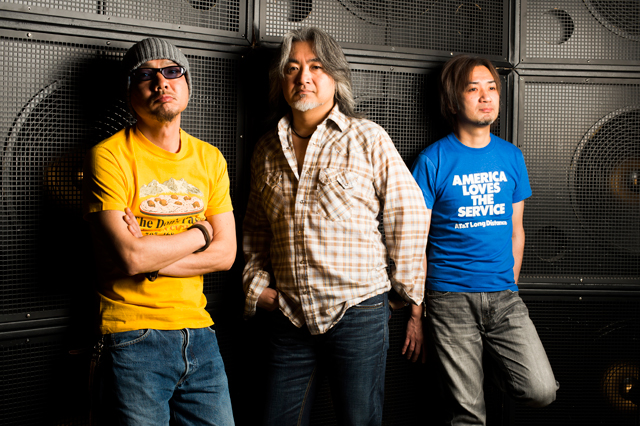 They are from Kutchan Hokkaido. This three piece loud rock band has been playing together for 25 years since their debut in ’90.北
As well as their powerful shows, they also have spin-off activities such as THE BAND HAS NO NAME featuring Tamio Okuda or Yoshihiro Matsuura, and ABEX GOGO featuring ABEDON.
Also, in 2016 they had a live show with ROLLY titled SPARKS ROLLY.
They also have annual event titled “JUNK! JUNK! JUNK!∞” featuring various guests, turning the event into a festival for SPARKS GOGO.
Official Website: http://sparksgogo.jp/
Facebook: https://www.facebook.com/Sparks-GO-GO-326858770732359/
blog: http://6109.jp/sgg/
Tetsuya Tachibana Twitter: http://twitter.com/itecchi