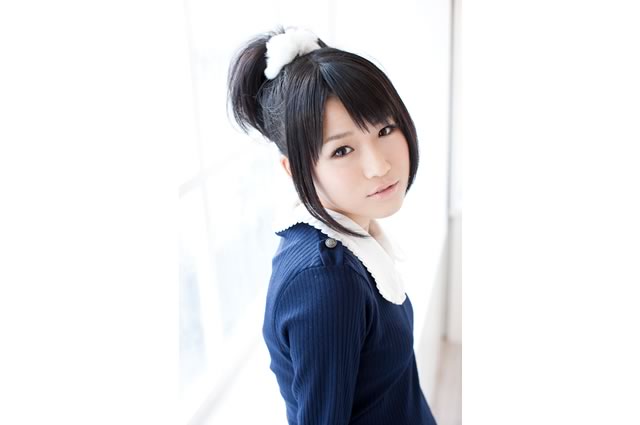 Marina Kawano won ANIMAX’s 4th Japan Ani-son Grand Prix (Ani-son is a short form for Anime song) in 2010 out of 10,189 contestants, and made a major label debut on Aniplex with her first single Morning Arch which was the opening theme song of the TV Anime series, A-Channel and produced by Satoru Kousaki who is one of the most successful Anime song and Anime music creators and whose works include music of The Melancholy of Haruhi Suzumiya, Lucky Star, etc. Only a few months after winning the Grand Prix, she performed at ANIMAX MUSIX! 2010 in front of the audience of 12,000.Born in May 21,1990, Marina started playing the piano at the age of four and performed in front of large audiences when she was in high school. At collage, while she belonged to a pop music club singing and playing guitar, she started to have interest in Anime and Anime songs inspired by songs of Sailor Moon and Slam Dunk, and felt bliss in singing Ani-son (Anime songs). When she won the 4th Japan Ani-son Grand Prix hosted by ANIMAX, she not only sang but showed some dance choreographs.Her 2nd single, Takaramono (treasure) which is due on February 22nd, 2012 is the ending theme song of the TV Anime series, Natsume Yujinchos Shi, and she has also been confirmed to sing Balloon Theatre, the opening theme song of OVA Anime, A-Channel + smile.
Official Website: http://www.kawanomarina.com/
SONY MUSIC: http://www.sonymusic.co.jp/Music/Arch/SV/kawanomarina/
Blog: http://ameblo.jp/kawanomarina
Twitter: http://twitter.com/super_jo2