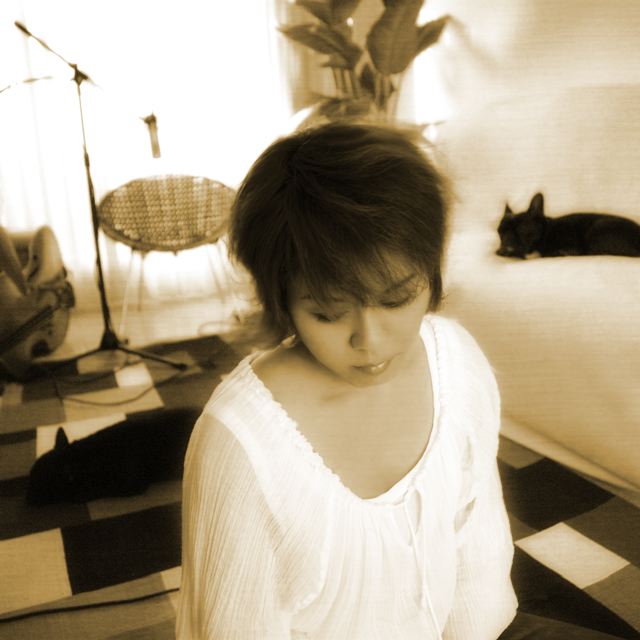 A Japanese singer-songwriter/lyricist/composer.
Began her band when she was in Art school. After graduation, through the SME audition, she began her career as composer by offering the track “Gyoukai Jigoku Ichido wa Oide” to SMAP for their album “SMAP 005”.
In 1995, debuted as singer-songwriter with the released of the album “Chotto Keisan shite Naita” from Toshiba EMI. She belonged to Toshiba EMI until 1996 where she released 4 singles and 2 albums. At this time, although she was widely known by people within the business, she was practically unknown to the general public.
She caught the attention of music fans when she offered the song “Yozora no Mukou” (which she has also self-covered) to SMAP in 1998. At the same time, she transferred to Epic Records, and by 2003, had released 11 singles, 3 EPs, and 4 albums. In 2005, transferred to R and C, and released the EP “a half note”. She offered songs to artists such as, Kenji Sawada, Takako Matsu, Fumiya Fujii, Masayuki Suzuki, NOKKO, and Misato Watanabe. The song “Ato Hitotsu” that she offered to FUNKY MONKEY BABYS won the songwriting award at the “52nd Nippon Record Taishou”.
Since she has transferred from label to label, a “greatest hits” compilation of her entire career has yet to be released. On top of that, CDs (especially the singles) released during her time at Toshiba EMI have become quite a rarity. As DJ, she stars along with Miyuki Nakajima and Yumi Matsutouya where she shows an energetic, typical Kansai-esque character, which is very different from her usual persona as singer-songwriter.
Official Website: http://www.kawamurayuka.com/