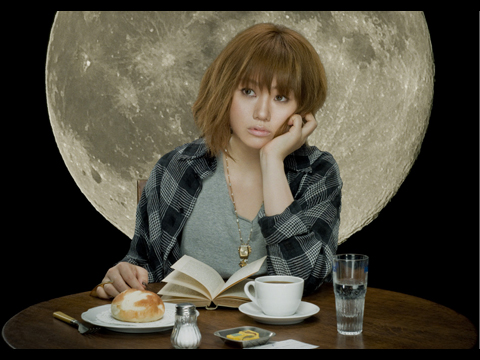 Born on 12/22/1983 as a Capricorn, Sarasa Ifu grew up in a perfect environment to become a musician with Yosui Inoue as her father and Seri Ishikawa as her mother. She has always thought about ‘becoming a singer someday’ as a child, but as she grew older, she began to question if she ‘had to pursue a career as an artist just to deliver to expectations of others.’ She then decided to hide away her pure passion to do music deep inside her heart.
Yet, music has always been a part of her life that a casual talk with her father one day became the lyrics of a song ‘Nagai Neko’ which was later properly released. Soon after, her passion for music that has been once locked away started to grow stronger and she began her activities as a lyricist. She wrote the lyrics for various artists such as Salyu and SS501 (popular K-pop group). With her intention of testing her own potentials, she tried out for a lyricist audition held by Sony Music without revealing who she really was. As she was recognized for her unique style of lyrics, Ki/oon Records signed a contract with her. She then began to think about directly singing the words that she wrote herself, so she made a debut as a singer with a single “Curriculum” on 12/5/2007. She also began to appear on TV and radio programs, especially in her hometown of Fukuoka.
Official Website: http://www.ifusarasa.com/
Blog: http://blog.oricon.co.jp/ifusarasa/
Twitter: http://twitter.com/nisarasa_wonka