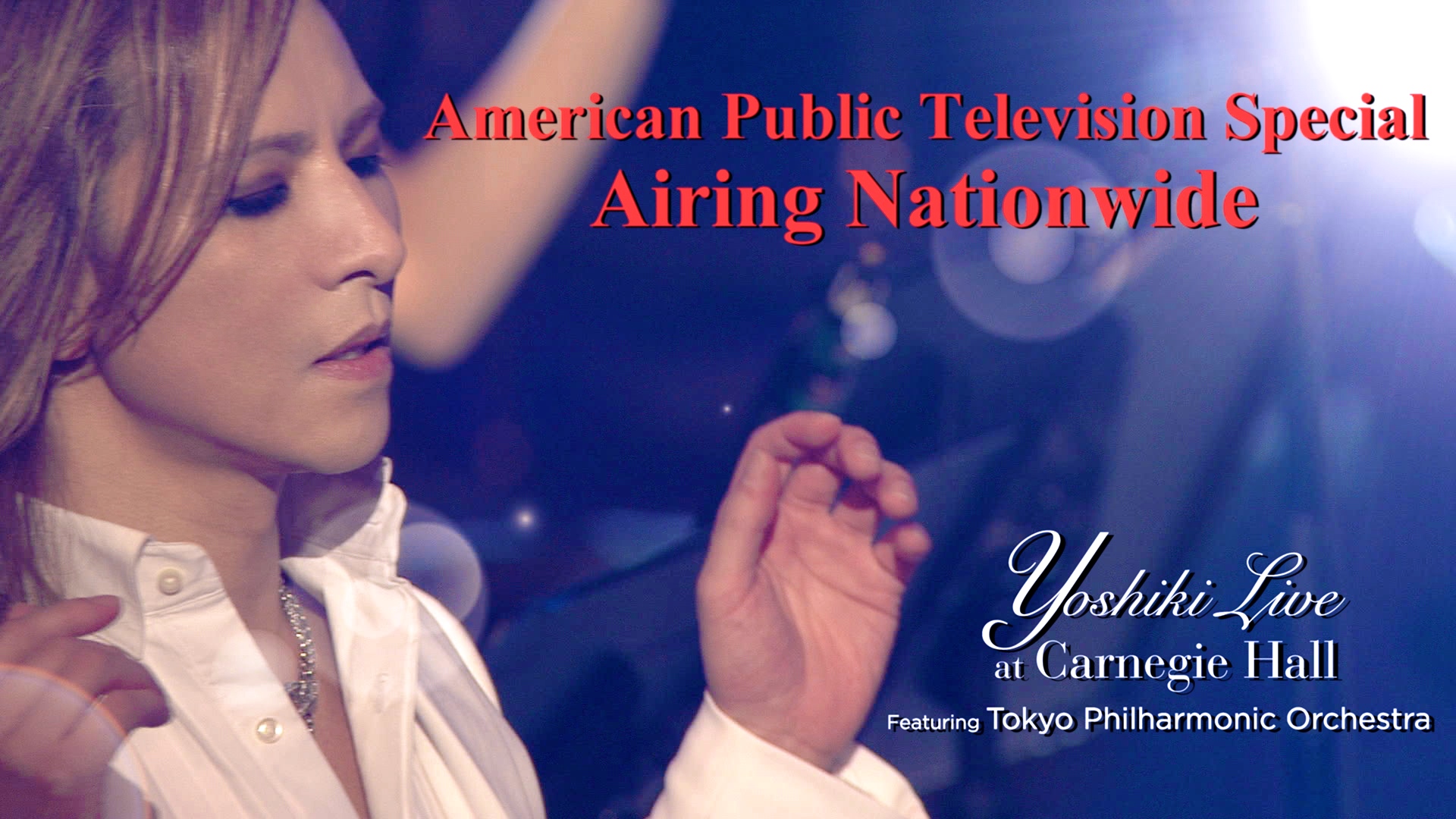 YOSHIKI LIVE AT CARNEGIE HALL will begin airing in major markets across the U.S. on PBS stations in November 2019.

The classical music special was filmed during YOSHIKI’s sold-out solo concerts at Carnegie Hall as the superstar Japanese musician and classical composer performed to standing ovations from American audiences.

YOSHIKI LIVE AT CARNEGIE HALL made its broadcast premiere this year in the New York City area on WNET THIRTEEN, the most-watched public television channel in America. Because of the enormous reaction from American viewers, YOSHIKI’s touching, must-see concert has created overwhelming demand, with major PBS-affiliated TV stations receiving numerous requests to add the special to their programming schedule.

YOSHIKI – rock drummer, classical pianist, leader of the group X JAPAN, and one of the most influential composers in Japanese history – has headlined concerts across the globe, including Madison Square Garden, Wembley Arena, and Tokyo Dome. His Carnegie Hall performance has been praised by major media, including:

“YOSHIKI delivers a performance of a lifetime at Carnegie Hall” – HuffPost