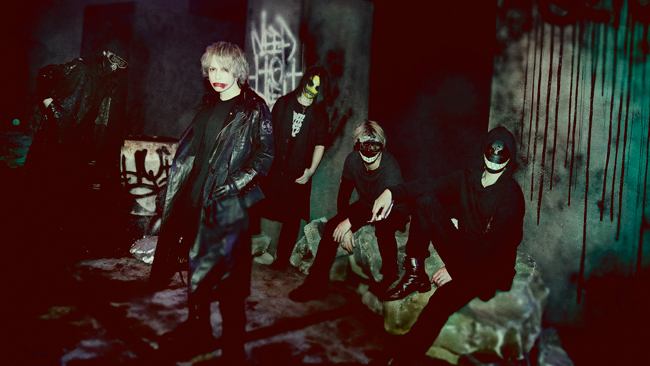 Ahead of his performance at PlayStation Theater in New York on May 12th, HYDE took a moment to sit with JaME to discuss his new solo album, ANTI, along with plans for the album’s physical release and his future tours. Arriving at the dressing room in casual black pants, a hooded sweatshirt, and a loose monochromatic gothic-style tee, he relaxed into the oversized leather couch while everyone took a moment to greet each other. Getting comfortable, HYDE adjusted his face mask and removed his jacket, settling in for the discussion.

Congratulations on the release of your new album! What is the overarching concept or message of ANTI?

HYDE: Hmm, concept… Yeah, well, with this, it’s an extension of what I’d been doing with VAMPS. And with the higher level of creative freedom, I’ve been making songs with American producers. I was aiming to make songs that American people will like, while also giving the songs a Japanese essence. I’d say it’s been a success.

HYDE: Oh… I don’t think there’s really a link between the lyrics and the video (laughs). That video was made for Halloween. The video itself shows an underground “Alice in Wonderland” Mad Tea Party-type setting; the lyrics don’t really have anything to do with it. The lyrics themselves… express a lack of trust in God, I think.