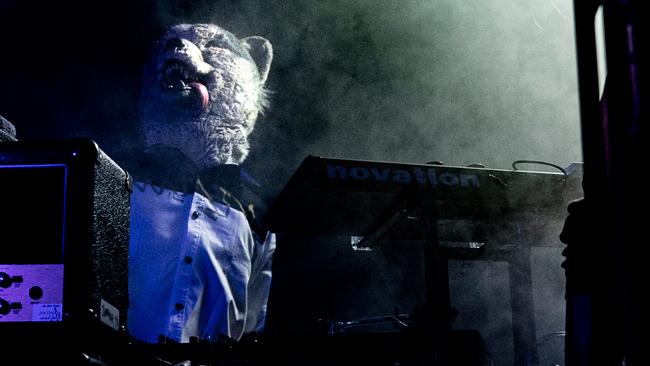 MAN WITH A MISSION at Manchester Academy 3, Manchester

MAN WITH A MISSION lead the pack in Manchester with a massive set.

It’s not every day you get to see rocking wolf-men in real life, but on what is an unusually warm February day in Manchester, MAN WITH A MISSION have just burst on to the stage at Manchester Academy. Kicking off with a well-known mix of throbbing guitars and electronic sounds Database has the crowd singing along right from the get go. It isn’t long until the band takes a quick pause to ask the crowd how they’re doing before jumping into 2045.

Being covered in fur can’t be easy jumping around under stage lights, but apart from the amusing MC breaks when Jean-Ken Johnny jokes about the tour being booked deliberately for the winter, there is no sign of discomfort in the performance. Continuing with the set, Raise Your Flag stands out as an early favourite with the crowd shouting along with Tokyo Tanaka’s vocal chorus.