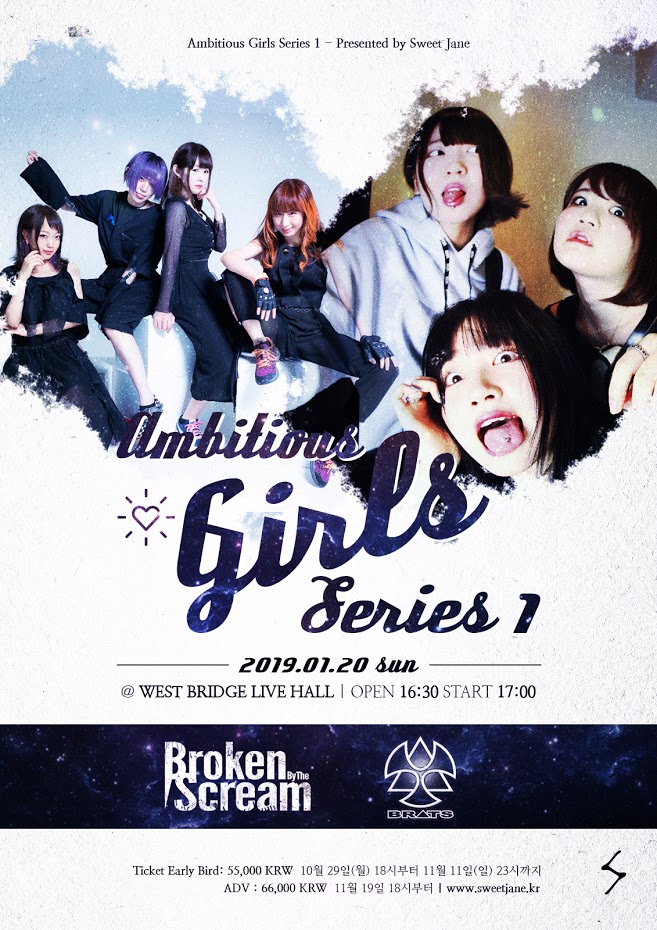 BRATS to perform first overseas live in Korea next January

Japanese girls rock band BRATS will make their first live concert appearance outside of Japan at “AMBITIOUS GIRLS SERIES 1″ at West Bridge Hall in Seoul, South Korea, alongside idol-metal group Broken By The Scream on January 20, 2019.
Rei Kuromiya (Vocal): “I’m so happy to do our first overseas performance. We’re really looking forward to performing for our fans in Korea and giving them the same energy we give to our audiences in Japan. BRATS will always give our best no matter where we go, but we’re also going to eat delicious food and buy lots of souvenirs! We hope our fans can recommend some great places to eat!
Aya Kuromiya (Bass): “I’m also really happy that BRATS will have our first overseas concert, I’m looking forward to it! I’m also looking forward to the food! It’s been my dream to expand overseas, so I’m really happy that it’s starting to come true with this first small step. I’ll do my best to get more people in Korea excited about BRATS too!
Hinako (Guitar): “Its so exciting! It’s our first chance to bring BRATS music overseas, and I hope from the bottom of my heart that we can make the most of this chance for BRATS so more people can learn about our music.”
BRATS — formed by sisters Rei Kuromiya (ex. Ladybaby) and Aya Kuromiya — recently released their new music video for “Kimarigoto”, featuring a montage of live performance clips. The group has been touring regularly in support of their self-titled first album BRATS, which includes previously-released studio tracks “Ainikoiyo” (To Be Hero anime theme song) and “Nounai Shoukyo Game” (Slavemen film theme song).