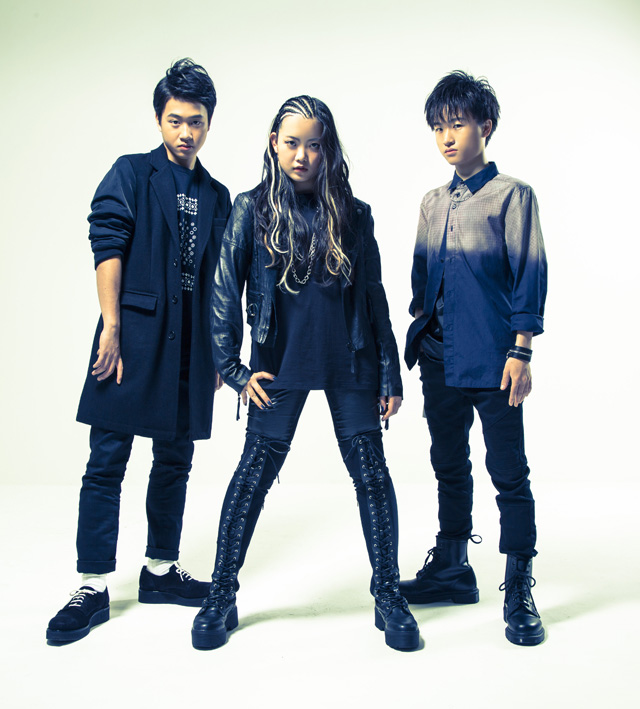 HAL-CA known as a genius guitarist for her furiously fast playing, right hand play, and right and correct picking for 15 year old, MIYU who only at the age of 16 can play slap and tap as well as right hand over seven-string bass, and MIO who at the age of 18 keeps the right time over flowing groove and passionate fills.

This three piece heavy metal instrumental band at the average age of 16 is going to release their first full album “IGNITION” on August 22nd (Wed).

This album showcases not only their performance ability but also their songwriting, including masterpieces over 10 minute-long.

Not only he played the bass on the album but also one of the songs featured Buckethead(ex Guns N’ Roses) as a guest guitarist, showcasing a fierce guitar battle with HAL-CA.

This will be an epoch-making album for the era after Heisei, presented by “ASTERISM”, who will be leading not only but also the world’s rock scene.

The first limited edition includes music video of “155”, and original song included in “The Session Vol.1” .

This was shot over sixty smartphones, adding the cutting edge technology of “Time Shift” still keeping the reminiscence of 8 mm or 16mm films in order to make it the bridge between the 70’s and 80’s and music of their generation.

In addition, ”Rising Moon” features their performance footage against big moon.
There are more videos to be included such as lead track music video, live footage from their local town, Fukuoka, and also some footage from the recording sessions.