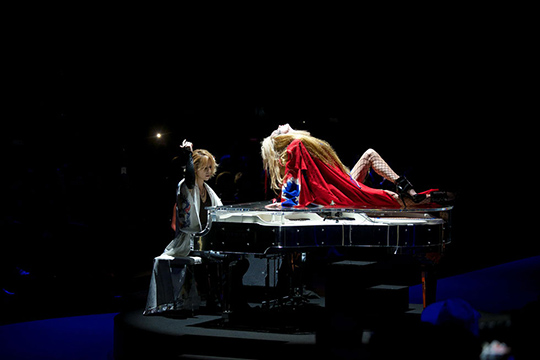 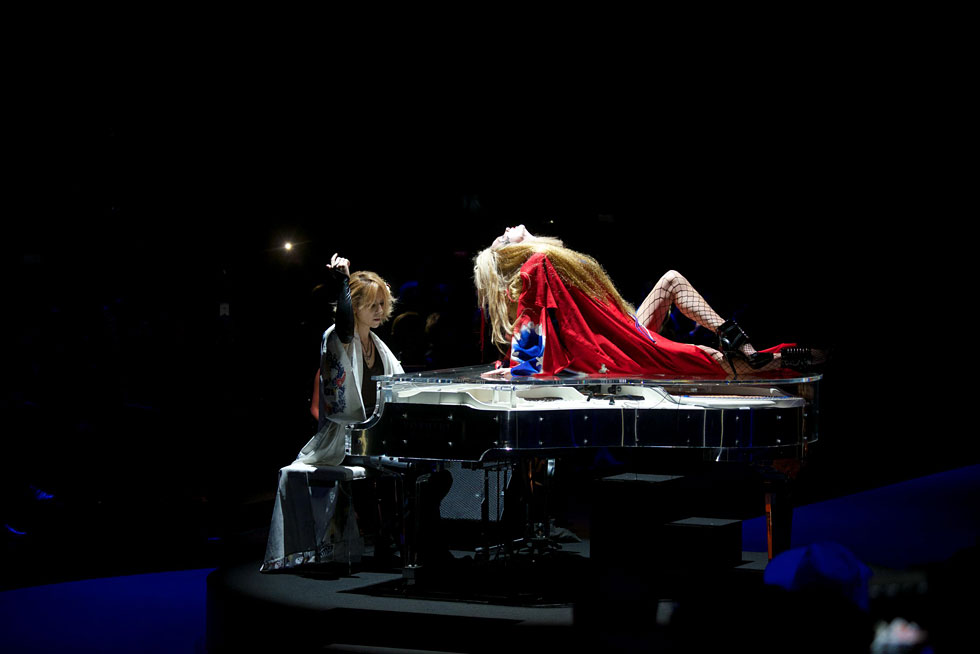 Yoshikimono, the kimono brand engineered by Yoshiki, the famous composer, drummer, classical pianist, and leader of X Japan, has been announced as the opening attraction for “Amazon Fashion Week Tokyo 2017 S/S”, with Yoshiki giving a special musical performance on Monday, October 17th.

The Yoshikimono line was conceived by Yoshiki, the first-born son of kimono shop owners, as a way to create a fusion of classic Japanese tradition and modern taste.

The Yoshikimono collection had its full-scale debut at “Mercedes-Benz Fashion Week TOKYO 2016 S/S”, along with a brilliant finale performance by Yoshiki to close the event. The innovative performance, combined with Yoshiki’s imaginative kimono line, received an overwhelming amount of international media coverage and became a huge conversation piece all around the world.

Now, a year after the debut of his vivid collection, expect Yoshiki to upset the norm yet again with his visionary take on the contrast of “stillness” and “motion” and its effect on fashion!

Yoshiki commented:
“I am very honored to be given an opportunity to open this prestigious fashion week. ‘What defines fashion? What defines art?’ is a question I ask myself daily. In the midst of such chaos, I want to showcase what I think is the answer to that question in my mind, where I’m at with my life. I know there will be mixed reception, and I’m very much looking forward to it.” 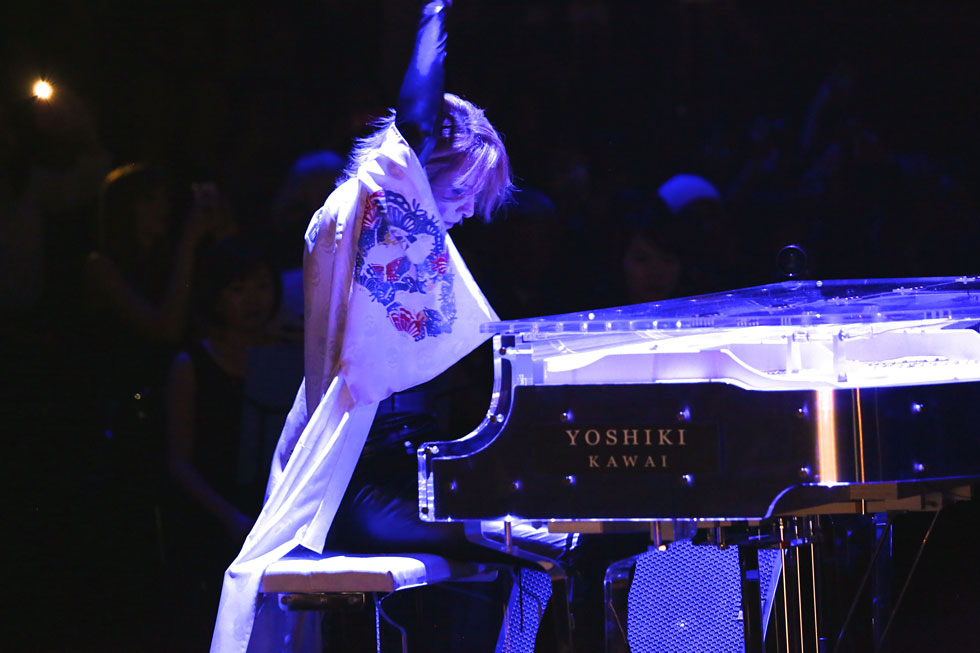 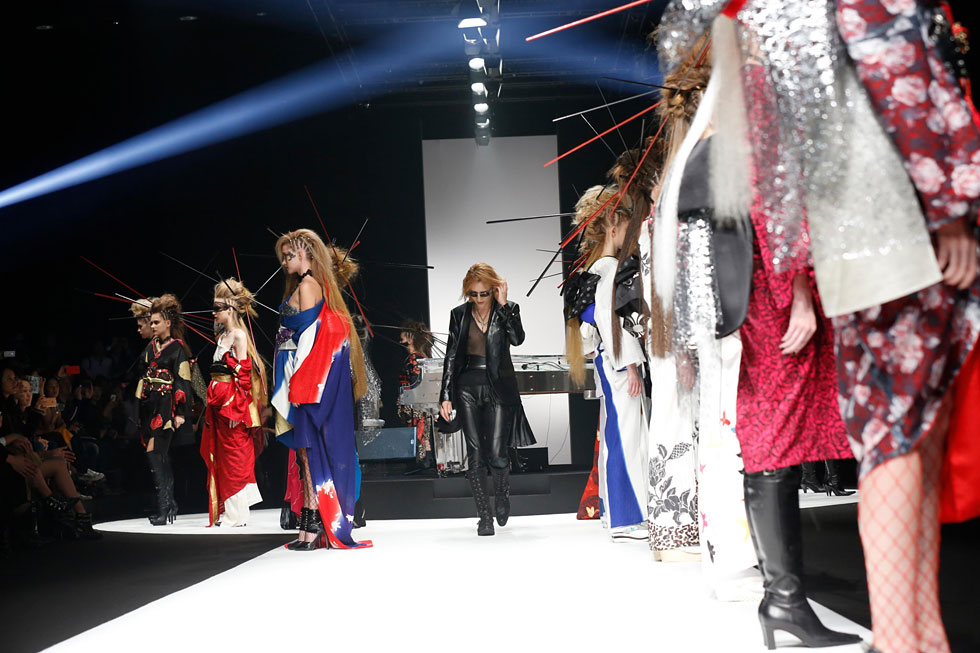 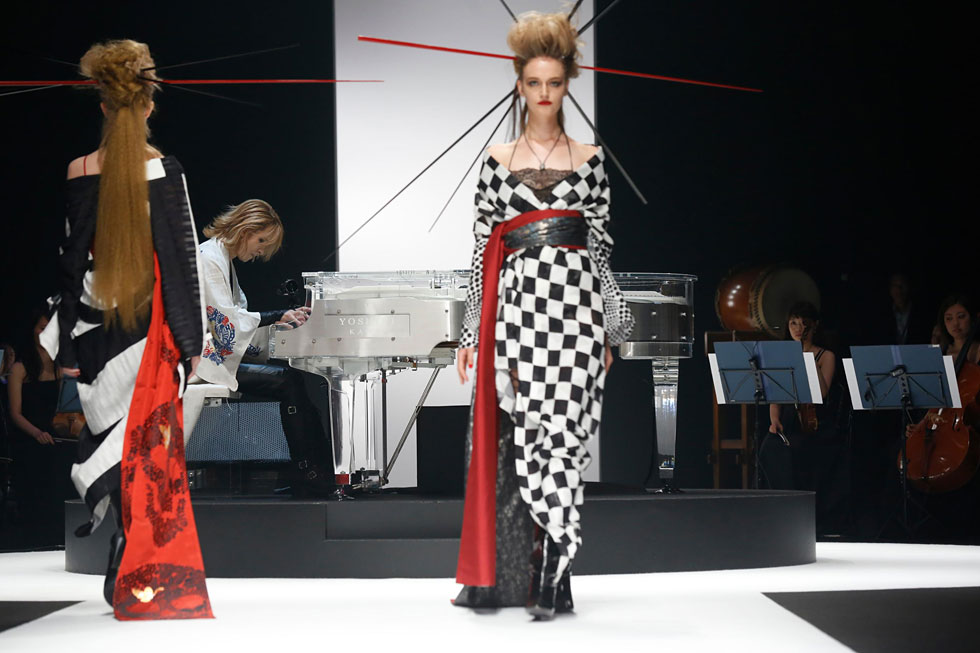 Tradition meets Innovation
Yoshiki is the eldest son of a family that managed a kimono store. But the business ended with his generation, and, ever since, Yoshiki hoped to restore that element to his life. And so, the Yoshikimono brand line was born. From his youth, the tradition of kimono had felt very familiar, but after many years living abroad, it began to feel less and less accessible. However, Yoshiki never lost his strong sense of pride in the traditions of Japan and this inspired him to find a way to “integrate innovative, modern style with traditional elegance”. And so, on October 17th, 2015, at “Mercedes-Benz Fashion Week Japan”, Yoshikimino was revealed to the world.

Yoshikimono Brand Profile
Yoshikimono is the brainchild of the artist Yoshiki, whose family owned and managed a kimono shop. As a result of this background, Yoshiki possessed a strong desire to introduce the Japanese kimono to the world. After meeting Keigo Kano** of the long-standing kimono maker SCOPE KOKO*, the brand was born. In March 2011, at the Asia Girls Explosion event held at Yoyogi National Gymnasium, the brand was unveiled and in October 2015, the first Yoshikimono Collection made its public debut.

*Timeline of SCOPE KOKO
1889 Yasujiro Kano starts business in Nishijin area of Kyoto. The Kano family business begins and Yasujiro passes it on to his son, Kanji

1984 SCOPE KOKO is conceived. Integrating traditional and modern sensibilities, SCOPE KOKO creates original works and receives international acclaim from fashion magazines such as “Vogue Paris”. In addition, a kimono is sent to the Metropolitan Museum of New York as part of their Japanese exhibition

**Timeline of Keigo Kano
1979 Eldest son of Kanji Kano. Studied in London and worked in the fashion industry before returning to work at SCOPE KOKO in 2008
2010 Work is exhibited at Shanghai fashion show
2011 Cooperation on Yoshikimono with Yoshiki is made public