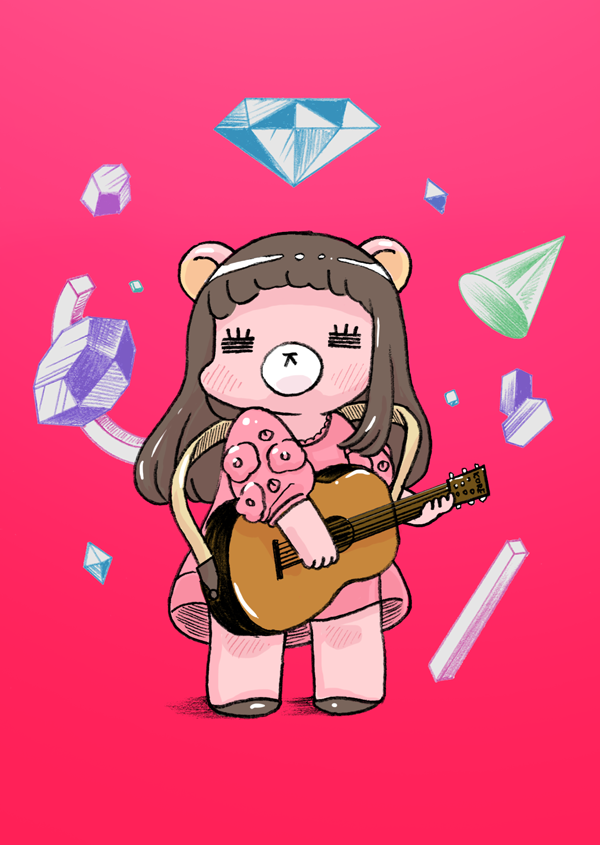 Koresawa is a singer-songwriter from Setsu Osaka.
She released her first EP “Kimi no Band” on the 29th of April 2015.
Her addictive voice, and her unique lyrical style got buzzed. She doesn’t show her face on media, but instead, “Reko chan”, a bear character represents her.
In June, she went on a promotional tour to Tokyo, Nagoya and Osaka.
On the 26th of August, “Chou Chou” was released as download, which was selected for Haikyo no Kyujitsu” ending theme song.
On the 16th of December , her second EP “Joshi Jokyo” was released. 2nd E.P. The promotional tour titled “Jokyo Joshi ga Yuku Band Tour” went to Tokyo, Sendai, Nagoya, Osaka and Fukuoka, until the sold-out final show at WWW Shibuya Tokyo, “Coresawa One Man Show Coretheater 02”.
On September 21th , her third EP “JIEI POP” will be released. Also the promotional tour, titled “J-Pop shika Utaenai Tour” will start at Star Lounge Tokyo Shibuya, going to Tokyo, Sendai, Nagoya, Osaka , Fukuoka with rhythm section.
Official Website: http://koresawa.jp
Twitter: https://twitter.com/koresawa_519/