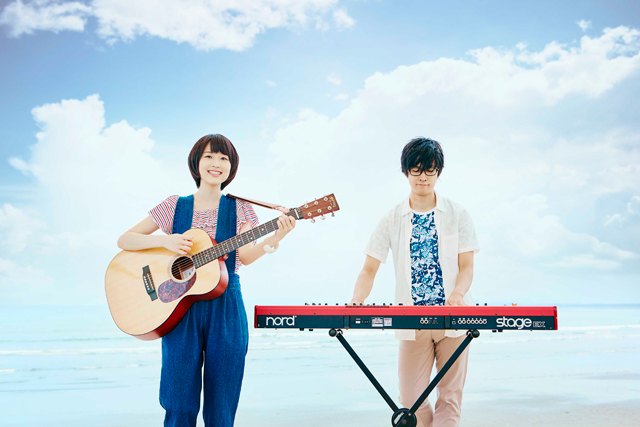 Coalamode is fa duo formed by Annu on vocal and Yasuhiro Obata as a sound creator in Yokohama in 2013.
The duo has gained their popularity by performing on the street at clubs and through Youtube posts and Nico Nico streams. Then in November 2014, they released an indie single “Memories “ exclusively at Shinseido.
On February 18th 2015, their major label debut single “Nanairo Symphony” was picked as the opening theme song for the second season of “Shigatsu ha Kimino Uso” an anime aired on Fuji TV.
“Dan Dan Dan” is a highly recommended summer tune.
On March 9th 2016, they released “Sakurabochi”.
They also went on their first solo show tour titled “We Are Coalamode!! 2016 Nandaka Aitakunachatta” to Tokyo, Fukuoka , Osaka and Yokohama.
Official Website: http://coalamode.net/
Facebook: https://www.facebook.com/coalamode
Twitter: https://twitter.com/coalamode
YouTube channel: http://www.youtube.com/channel/UC5vaUl4Zw4RCsGA-mRuDDGg