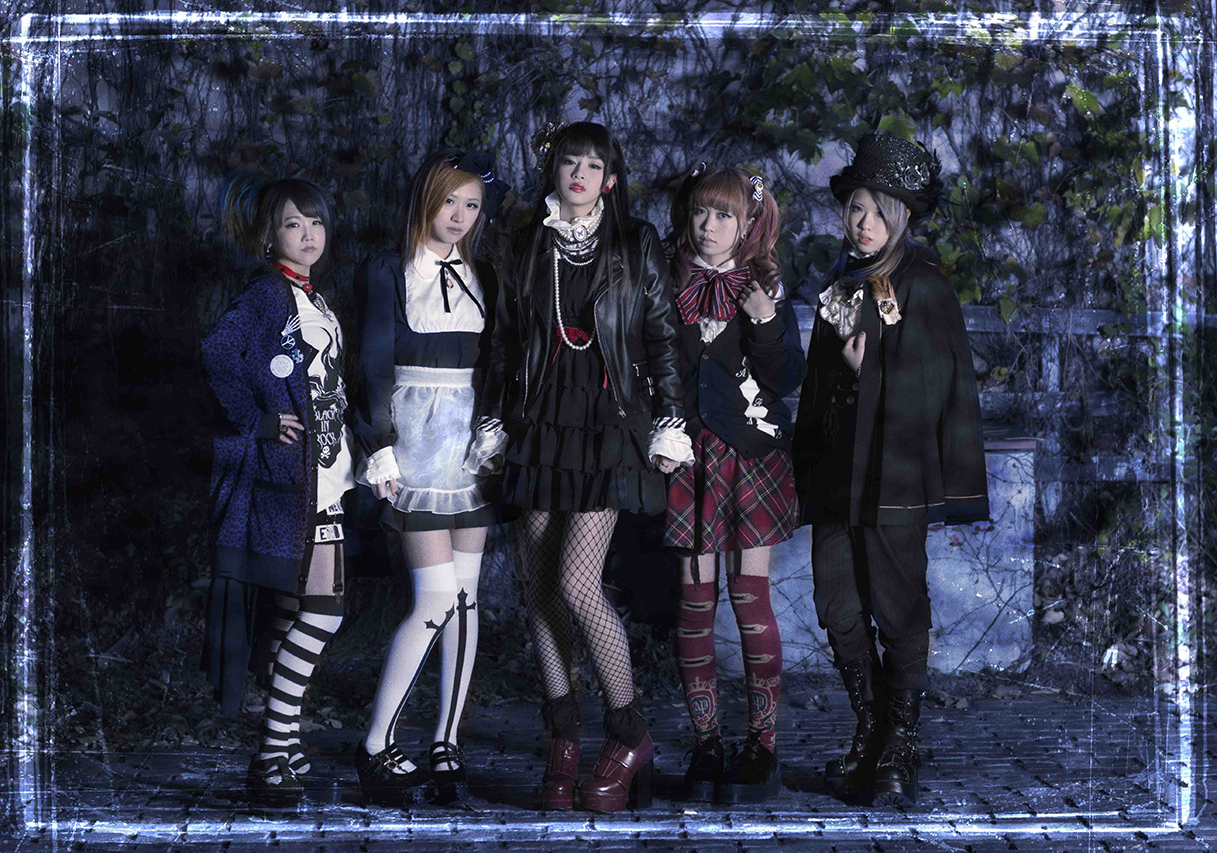 ‘The five-peace visual Neo-Gothic rock girls band which was selected from among 100,000 readers of the magazine “KERA”.
They’re the “readers of KERA”(knows as KERA!’s ko) had stunning won the CD debut as a finalist from among the about 1500 people participated in the nationwide audition of KERA girl’s band project.
With the latest Harajuku fashion and the band sound was reflecting the image of Harajuku visual to expressed the Neo-Gothic rock, and that is a new genre which was embodied by “Hysteric Lolita” and Harajuku fashion magazine “KERA”.
In addition, Rani of the vocalist is also active as a fashion model of “KERA”.
Send the Harajuku fashion, music and the subculture of Japan to the world, it can be said that is the mission of “Hysteric Lolita”.
Official Website: http://www.hystericlolita.jp/
Twitter: https://twitter.com/hystericlolita
Facebook: https://www.facebook.com/hystericlolita