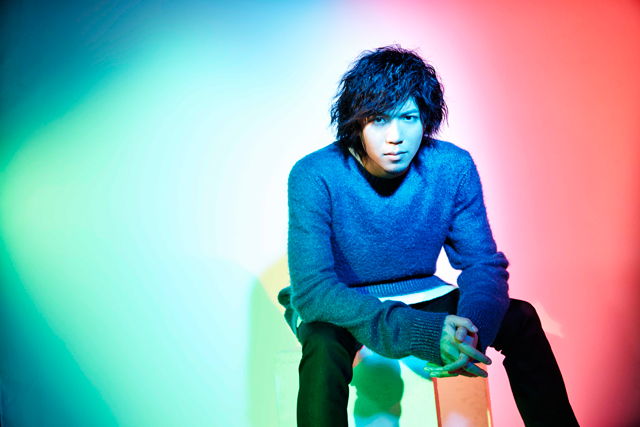 Taro Kobayashi is a 26 year old musician born in Heisei era.
In April 2010, he released his indie first album “Orkonpood”.
“Misako chan” from the album was picked for the theme song for a TV drama “Keibuho Yabe Kenji (TRICK spin-off)”, and he made exceptional appearance as a new artist at major summer fests including SUMMER SONIC.
In October , “DANCING SHIVA” was released as indie second album, and he went onto his first national solo show to 11 venues, which were sold out at most venues.
In July 2012, he released his major label first EP “MILESTONE” from STANDING THREE, ROCKS.
In January 2013, he released his major label full album “tremolo” and his first single “Kodo” in July.
In November, he released “Taiyo” as downloads. His heavy sound and powerful live performance drew attention in many fields, followed by the success of his solo show “TOUR 2013 SOL Y SOMBRA”.
In 2014, he became the first official tie-in artist for DEMO RIDE CARAVAN hosted by HARLEY DAVIDSON, followed by an official song feature in 2015.
He has released one single, three Eps and two full albums.
He has made five years’ consecutive appearance at ROCK IN JAPAN FESTIVAL and four years’ consecutive appearance at COUNTDOWN JAPAN.
He has been actively performing at events and festivals.
Official Website: http://www.kobayashitaro.com/
Facebook: https://www.facebook.com/kobayashitaro.official
Twitter: https://twitter.com/TARO_KOBAYASHI
YouTube: http://www.youtube.com/kobayashitaro