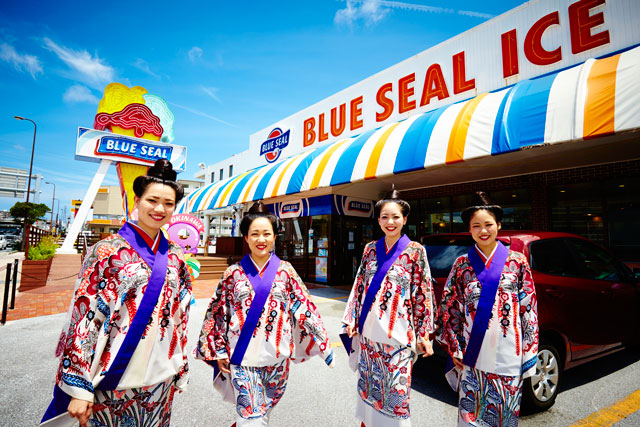 In 1990 Sadao China, known as the most important person in Okinawa music scene, put together a band called NENES. Their first album “IKAWU” created a buzz and they kept releasing albums till ’97. They performed a lot and even toured in Europe twice, establishing their popularity and legacy.
On November 5th 1999, after the performance at Okinawa Convention Theater, they reformed the band with new members. In 2000, they joined the team of Okinawa music ambassador, going to Russia, France and Italy. In March, 2002, the band released “Churauta”, presenting new perspective of their music. The band is still with new members, expanding the legacy they have built. In 2004, “Shu”, in August 2008, “Sai”, and in November 2010, “Okurimono” were released. They have consecutively performed at Ryuku Festival held at Osaka Dome from 2004 to 2007. As well as at their base venue “Live House Shimauta”, they are still charming many audience in and out of Okinawa. In 2015, ever youthful NENES will make their way back to a major label , King Records, releasing a new album “reborn”.
Official Website: http://nenes.ti-da.net/
Management: http://digmusic.jp/index.html