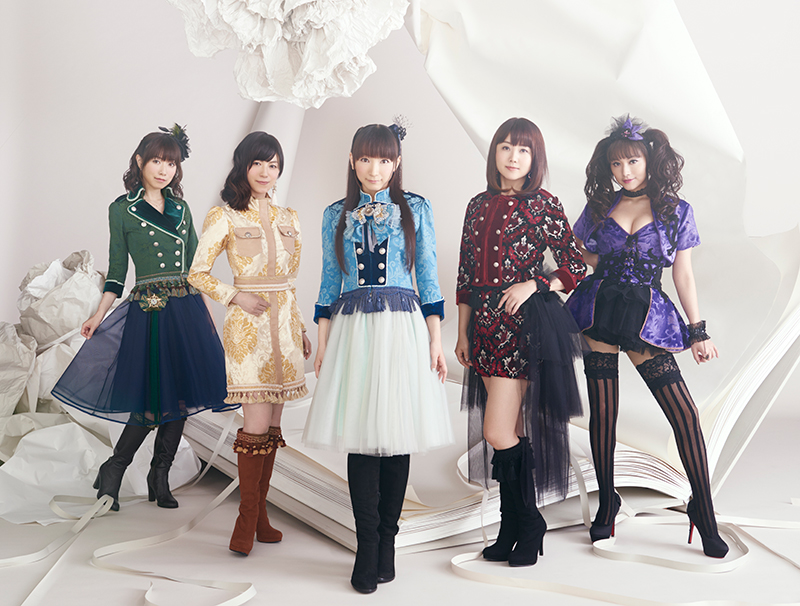 Aice⁵ is a 5-piece voice-actress group formed by main singer Yui Horie, Akemi Kanda, Masumi Asano, Chiaki Takahashi and Madoka Kimura. After their debut in 2005, they already released 6 singles and one album, and they filled Yokohama Arena at their break-up concert. They are one of the first voice-actress groups that opened the door for other voice actress groups.
In 2015, they reunited for the 10th anniversary. The TV anime “Sorega Seiyu!” is the reason for their reunion, which is originally written by Masumi Asano describing behind the scene of voice actress world. The voice actress group “Earphones” in the anime is inspired by their activities as Aice⁵.
Official Website: http://10th-anniversary.com/
Twitter: https://twitter.com/10th_anniv