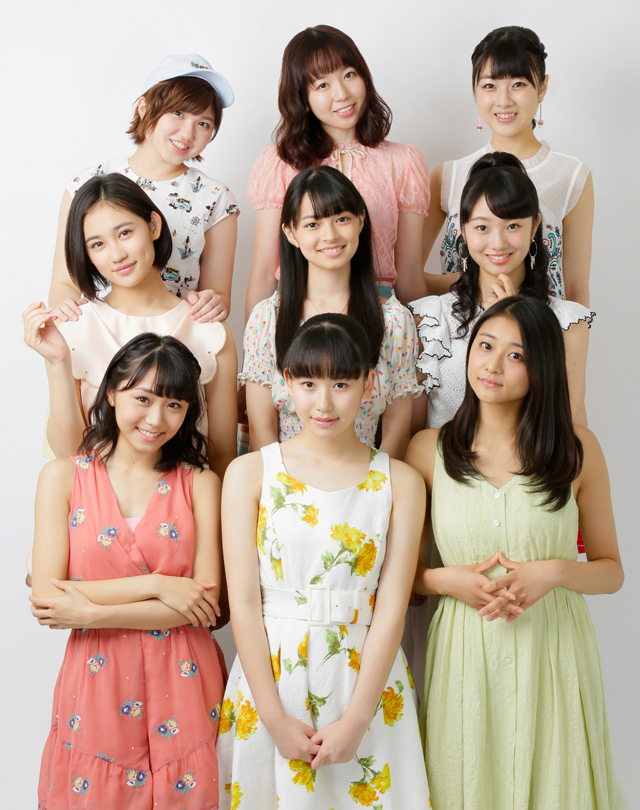 In April 2009, a new unit of 4 girls, S/mileage, all from Hello! Pro Egg (idol trainees), has been formed to debut in major. The name S/mileage comes from the mix of the word “smile” and “age”. To reach this major level, their producer Tsunku♂ asked the group to gather 10 000 pictures of people smiling. In 2010, as they succeeded, S/mileage began their carrier in major on May, 26th and they won the Newcomer Artist of the Year award during the 52th Japan Records Awards. The following year, the formation changed from 4 members to 6 members. In 2012 and 2013, their live tour took place all over Japan and on December 17th 2014, during the final of their tour they announced their new name “ANGERME”, a mix of 2 French words “ange” (which means “angel”) and “larme” (which means “tears”). The meaning of ANGERME is: “with a kind heart similar to an angel, let’s shed many tears together”. In 2015, 4 new members get into the group. The group, currently composed of 9 members, has released until now 21 singles and 2 original albums. They had already 4 lives in the famous Nippon Budokan in front of 10,000 people. The idol group will definitely make you smile with their crazy and cute performances!
Official Website: http://www.helloproject.com/angerme
YouTube: www.youtube.com/angerme
Facebook: http://www.facebook.com/angerme.upfront
Google+: http://plus.google.com/+angerme
Twitter: https://twitter.com/angerme_upfront