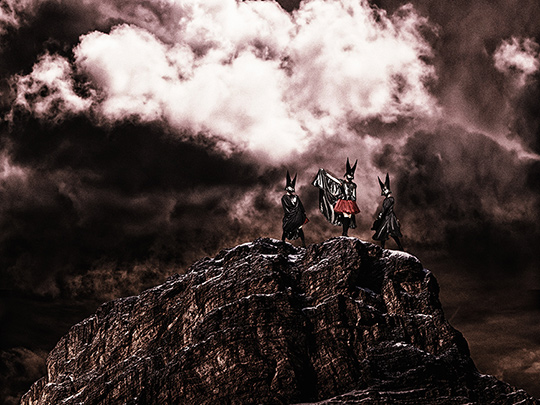 BABYMETAL released a live music video for “Road of Resistance” on their official YouTube channel.

“Road of Resistance” created a buzz because guitarists Sam Totman and Herman Li from Dragon Force took part. The song was first performed at O2 Academy Brixton at the end of 2014. The video was shot at BABYMETAL LEGEND “2015” ~SHINSHUN KITSUNE MATSURI~ at Saitama Super Arena on January 10, 2015. It was their biggest show to date. 20,000 spectators sang along and became one.

BABYMETAL will start BABYMETAL WORLD TOUR 2015 in Mexico on May 9 (Saturday). They will hit North America and Europe in between Rock festivals and will play Makuhari Messe on June 21. BABYMETAL will also perform on the main stage at Reading and Leeds Festivals 2015 on August 29 (Saturday) and August 30 (Sunday).