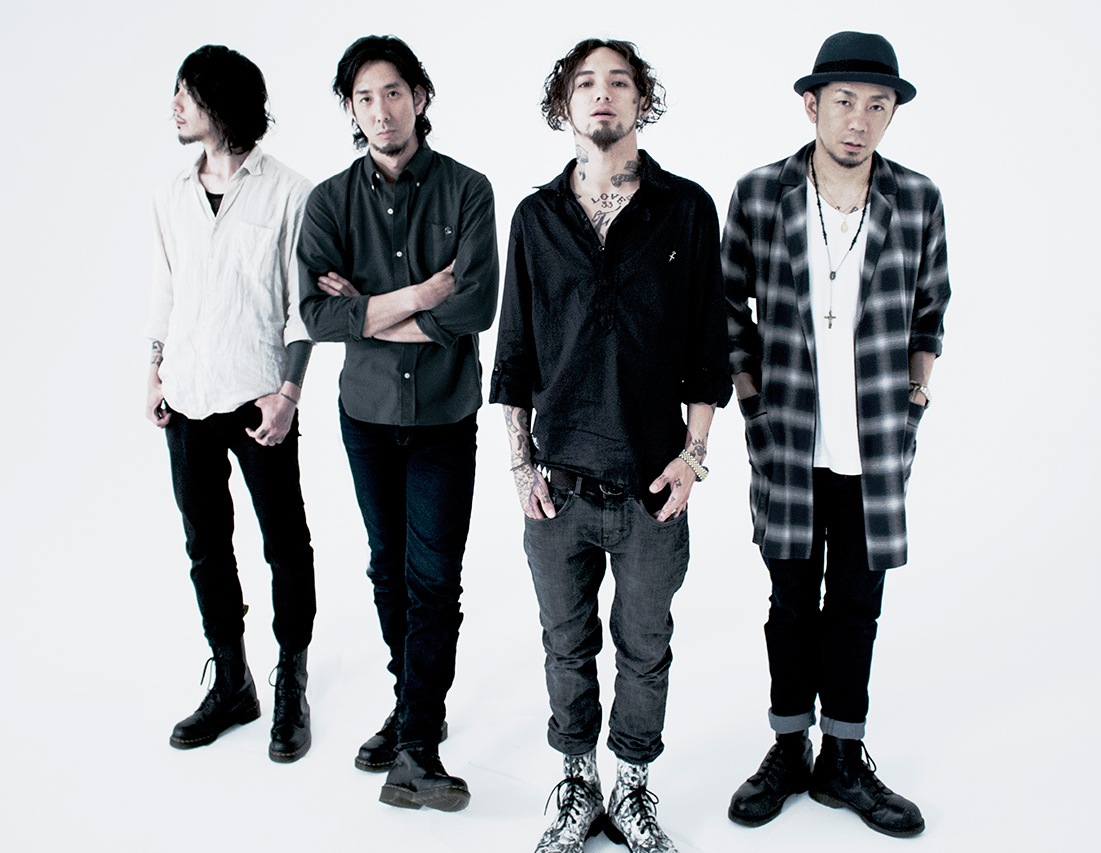 The BONEZ are:
Vocals & guitar: JESSE
Bass: T$UYO$HI
Drums: ZAX
Guitar: NAKA
JESSE’s multi-entertainment project called “Stand Up! Project” kicked off on November 11, 2011. On November 11, 2012, JESSE, T$UYO$HI, ZAX, and ZUZU started JESSE and the BONEZ.
The BONEZ are influenced by different types of music including hardcore, alternative, electro, folk and urban hip-hop. In September 2013, they changed their band name to “THE BONEZ”, moving from being JESSE’s solo project to more of an actual band.
ZUZU left the band after the second album was completed. Then NAKA (formerly of RIZE) joined the band at their October 14 concert. In November, JESSE, T$UYO$HI, ZAX, and NAKA announced the new logo for “The BONEZ”. It is an overlapping “N” design that symbolizes positions of the four band members.
The BONEZ released their second album, “Astronaut”, on January 22, 2014. A special limited edition containing fan-coveted material, a CD+DVD limited edition, and a regular edition CD version were made available. The band then went on an album release tour called “Astro Tour 2014” from February 18 to April 12.
The BONEZ hit 19 locations in Japan. The 20th location was a “one-man” concert called “The ONE”, which was released as a concert DVD. In July, they released “Place of Fire”, which was their first release since NAKA joined the band, and a concert DVD called “Astro Tour 2014 ‘The ONE’”. The BONEZ then started a “one-man” tour of Tokyo/Nagoya/Osaka, called “Astro Tour ‘ONE MAN SHOW’”, on December 4.
Official Website: http://thebonez.com/
facebook: https://www.facebook.com/TheBONEZofficial
Twitter: https://twitter.com/The__BONEZ/lists/the-bonez-member-tweet
YouTube: https://www.youtube.com/TheBONEZofficial