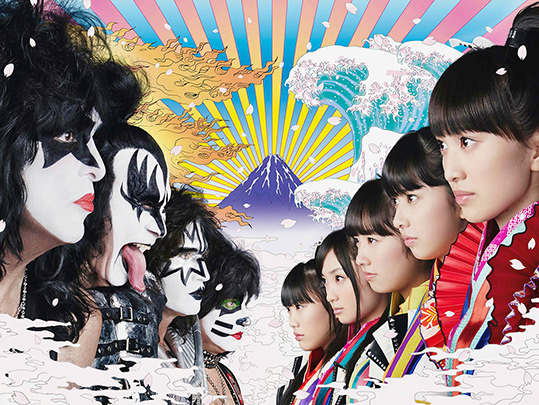 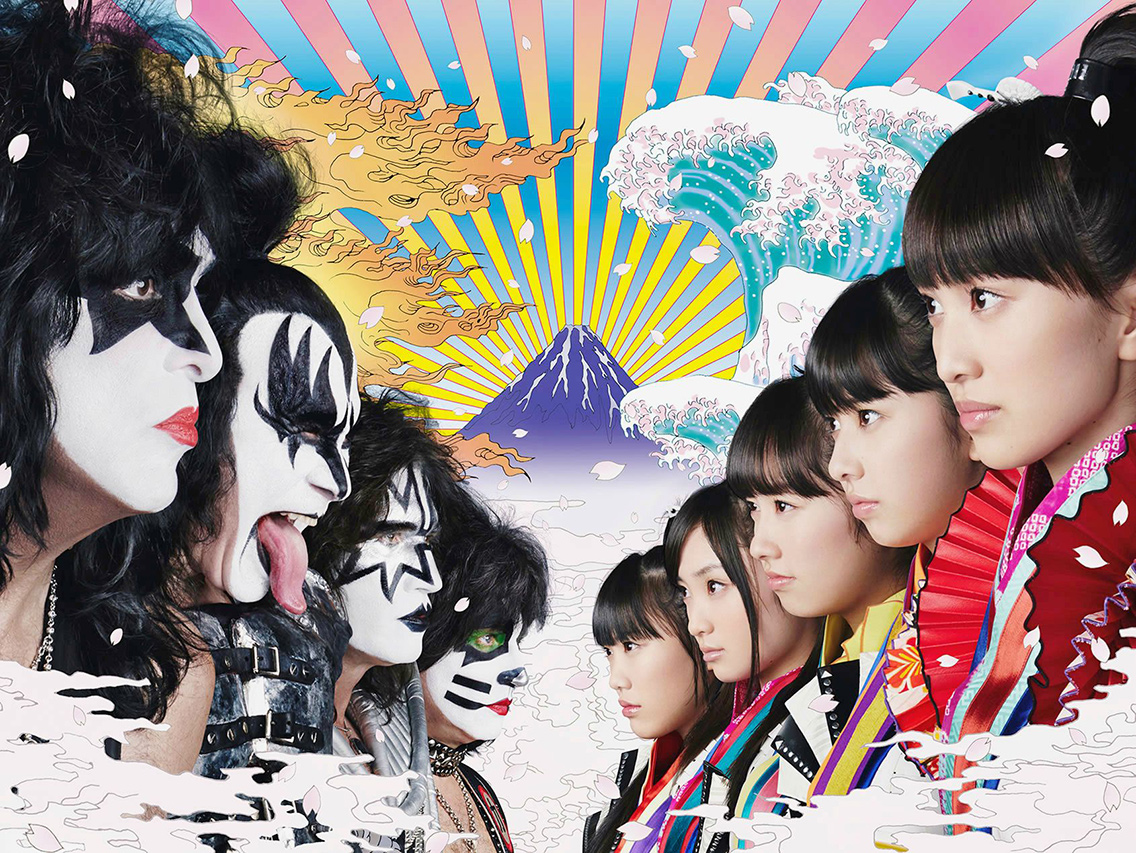 The music video for the Momoiro Clover Z and KISS collaborative single, “YUMENO UKIYO NI SAITEMINA”, was just released. The single will be released on January 28.

KISS wrote and performed the music for the title track, “YUME NO UKIYONI SAITEMINA”.

The music video was shot in Las Vegas last year, and the girls actually shot along with KISS. The first half of the video is animated by Sushioka and the last half is live-action. Masatsugu Nagasoe, who also directed “GOUNN”, directed the video.