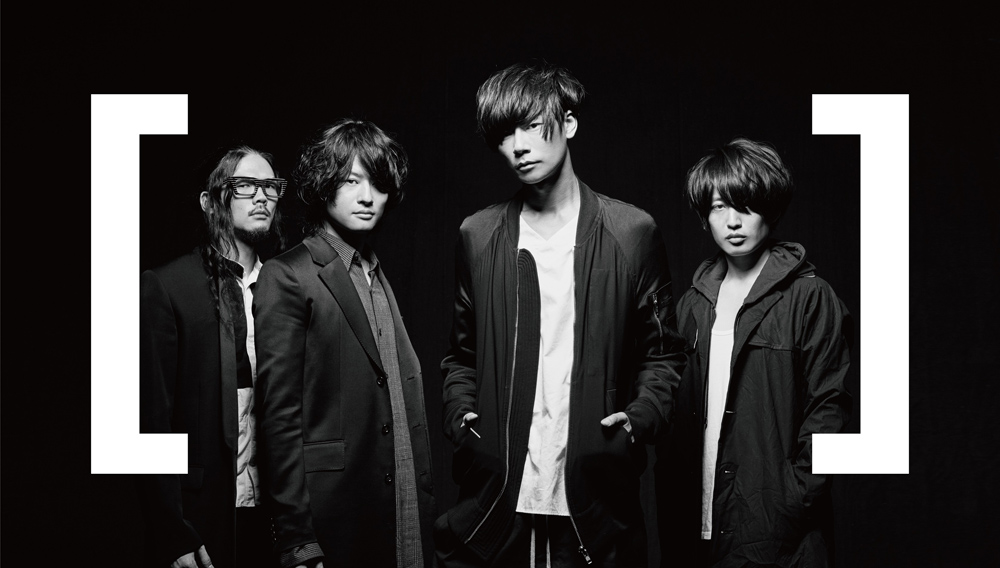 In 2001 [Alexandros] (previously known as [Champagne]) was initially formed by vocalist Yoohei Kawakami and bassist Hiroyuki Isobe. Being brought up in Syria, Yoohei is left with a Middle Eastern accent in his English while having to sing both in English and Japanese, not only aggressive rock numbers but sweet and mellow tunes he create. Hiroyuki, spending most of his childhood in the US seems to help create the band’s sound rather atypical for a Japanese local band. These two young talents got together to form what is to become one of the most original bands to emerge from the land of the rising sun.Guitarist Masaki Shirai decides to join in to the group in 2007.
In January of 2010, picked up by RX-RECORDS just couple of years after, the band released their first-ever recording and a near-perfect debut album “Where’s My Potato?”. Regardless of the album coming from a yet-anonymous rookie band, this one gem of a record received great reviews and spread all over the country through word of mouth. The word was out. This is where it all began.
In March that same year, the band contributed a Mary Poppins cover track for a Walt Disney compilation “DISNEY ROCKS!!” distributed exclusively via Village Vanguard, a subculture merchandise/book store chain. This helped the band gain great recognition and response. A month later, Satoyasu Shoumura who had occasionally supported the band behind the kit became the official drummer. This led to the now four band members to move to Tokyo, sharing one house together to focus on their musical career. The band released a couple of EP’s during the rest of the year including “city” on July 7, which was on a heavy power play on a music channel Space Shower TV for July.
After a number of singles put out thereafter, the band released their sophomore album “I Wanna Go To Hawaii.” on Feb 9, 2011. Again, just like with their previous critically-acclaimed first album, the new album got rave reviews from the press that triggered even more buzz to spread across the country. Shortly after the release, the band went on tour in support of the release, out of which the last date was shot to make a very first live DVD released on Oct 17 entitled “It’s Me And Me Against The World”.
On January 16, 2012, [Alexandros] was fortunate enough to open for a UK rock band KASABIAN for their Japan dates, gained recognition and acceptance from the music fans who prefer music from overseas over Japanese local music. Soon after, on April 4 the band released their third full length album “Schwarzenegger”, which again received great response that the album hit #10 on the Japanese Oricon chart immediately after release. After another single release of “Kill Me if you Can” from the album in July, the band released a 2DVD entitled “I thought it was only one day” consisting of their Schwarzenegger tour final show on June 30 at Shibuya AX live footage and a collection of their promo videos.
Year 2013 was an even busier year for the band. They started off the year by being the supporting act for MUSE on their Japan show on January 11 at the Saitama Super Arena. Soon after, their double A-side single was released, containing a natural mineral water GEROLSTEINER tie-up track. These factors got to be a big boost in reaching to wide variety of audiences, and led the single to hitting #11 on the Oricon Weekly Chart immediately after release.The band decides to take steps further and expose themselves to a wider audience. On May 16, the band performed on the UK’s prestigious THE GREAT ESCAPE festival, gained alot of positive reactions from the UK crowd.The following month of June 26 was the day of their new album release entitled “Me No Do Karate.”, their best material written to date. The listeners certainly felt the same way, pushing the album sales up to #7 on the Oricon Album Daily Chart. The band embarked on an extensive tour entitled We Don’t Learn Anythig Tour over Japan soon after in support of the new release. This tour gathered 20,000 fans altogether, with ALL dates completely sold out immediately after tickets went on sale! One thing led to another, and the next step-up opportunity was a supporting act for PRIMAL SCREAM on their Japan performance on November 5. Soon after, a double A-Side, double tie-up “Run Away / Oblivion” EP was released on Dec 25. The “Run Away” track was in collaboration with Nike + FuelBand SE on the video clip, while the other track “Oblivion” was chosen for the theme song for fall/winter 2013 collection of an apparel brand LITHIUM HOMME. Appearances on music TV programs “Music Station” and “Countdown TV” also helped keeping their buzz going for 2013, and on to 2014.
For the year 2014 the band began to take its steps a little differently. In January, Singer Yoohei takes part in a track written for an annual campaign event called ACCESS hosted by FM 802. He also went on to hook up with m-flo. The two of entirely different kinds got together to writing a song “Fly”, and released this collaborative effort on March 26.
The band decided to travel across the Pacific and performed on the South By Southwest (SXSW) in Austin, TX on March 12 and 13. Soon after their return to Japan, they played live at the Nippon Budokan gathering 11,000 fans and just another sold-out show, which is no longer a big surprise for the band! And on this very day, the band announced their new band name as [Alexandros]. The band is determined to explore new areas they have never stepped into, and are ready to take chances. We are all to witness what the future holds for the band. Look for them on their short circuit this month and try to catch a hint of their possibilities!
Official Website: http://alexandros.jp/
facebook: https://www.facebook.com/Alexandros.jp
Twitter: https://twitter.com/alexandroscrew