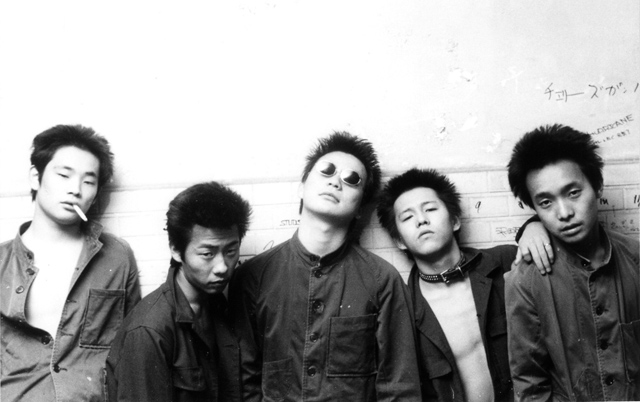 ANARCHY formed in 1978. The heavy messages in their songs and their unique live performances gained them popularity as a punk band. Their railway clothing fashion, rebellious lyrics, and energetic performances influenced musicians, film director, and actors. The band got support from artists of different fields during that era.
In May 2013, the five original members of the band got together at a Tower Records hosted rock event for their first performance since October 1996. Their first show in 17 years ignited the crowd.
Official Website: http://www.anarchy.co.jp/