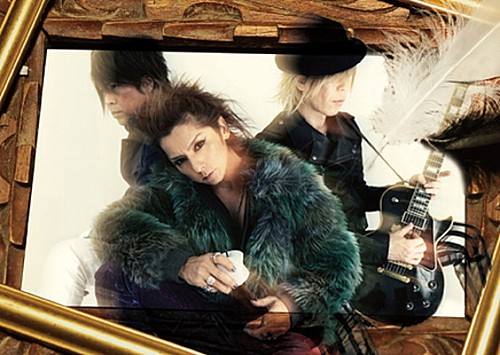 Sophia is a new band consisting of Mitsuru Matsuoka (vocals), Kazutaka Toyota (guitar), and Yoshiaki Akamatsu (drums) of SOPHIA. SOPHIA went on hiatus after their August 2013 Budokan concert. The group reformed with new members, partly in order to maintain the future of SOPHIA.
MICHAEL was named after a SOPHIA song titled “Lucifer” (from the album “Little Circus”). Lucifer was the archangel Michael’s nemesis.
Matsuoka, Toyota, and Akamatatsu are the core members of the band. They can add any fourth member to the group at any time according the style they want to record or perform.
Official Website: http://sophia-eternal.jp/michael.html
Twitter (Mitsuru Matsuoka): https://twitter.com/mitsurumatsuoka