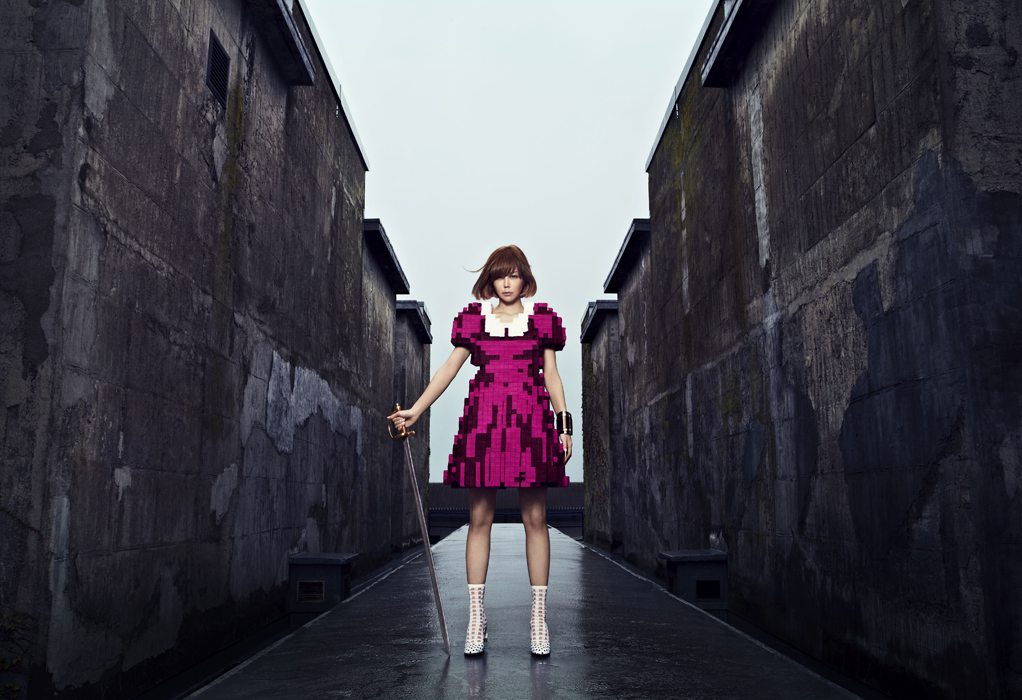 Debuted in 2002 with “Scanty Blues,” a collaboration with Okamura Yasuyuki.
Also had her French debut with the album “mgrmx.”
She has repeatedly topped the iTunes album charts for Japanese and Western music with her albums “BEAM,” “STEP” and “BEAUTIFUL.”
In addition to her solo touring, she has appeared at the Paris JAPAN EXPO ’09 and twice at SUMMER SONIC, and continues to perform at both local and international club parties.
Recently, offers for her designs have been flooding in, and in 2009 she worked on Uniqlo’s “UT” and Softbank’s “iPhone” projects. Her collaboration for the film “Evangelion: 2.0 You Can (Not) Advance” also received much attention.
Based in Omotesando, her designer brand, CAROLINA GLASER, has branched out overseas from its 24 stores nationwide (including stores in PARCO and Isetan), and it shone as the most popular brand among young women in Japan in 2010.
Despite no major appearances on TV or in commercials, she always receives a mention in web and fashion magazine popularity rankings. Her constant presence on fashion magazine covers is testament to her position in Harajuku culture as a fashion icon.
Official Website: http://megweb.jp/
Myspace: http://www.myspace.com/megofficial
Facebook: http://ja-jp.facebook.com/meg.official
Twitter: http://twitter.com/#!/_x_MEG_x_